While images of the Universe excite and inspire the public and astronomers alike, spectroscopy is a fundamental tool used by astronomers to study the Universe. Spectrographs provide scientists with the data needed to analyse the materials that make up stars, nebulae, galaxies and the atmospheres of planets.

Light that enters the telescope is split into its different wavelengths by a grating, forming a spectrum. This spectrum is then focused onto a detector. Light from each chemical element has a unique spectrum, like a fingerprint. The spectrum’s pattern is analysed by astronomers to decipher which atoms and molecules are present in the source of light, and thereby to understand the various physical and chemical characteristics of the source.

Webb’s NIRSpec and MIRI instruments make spectroscopic observations of extended and complex targets (such as galaxies, nebulae, or crowded fields of stars or galaxies) in one single shot. One technology they use is that of `integral field units' (IFUs), which use an image-slicing technique to reorganise the signal from a two-dimensional image of the sky into a set of slices. These slices are fed to a spectrograph that generates a spectrum for each pixel and they are then arranged into a data cube. This cube is a stack of many images of the same target, each at a different wavelength, and provides a comprehensive overview of the whole object under study. 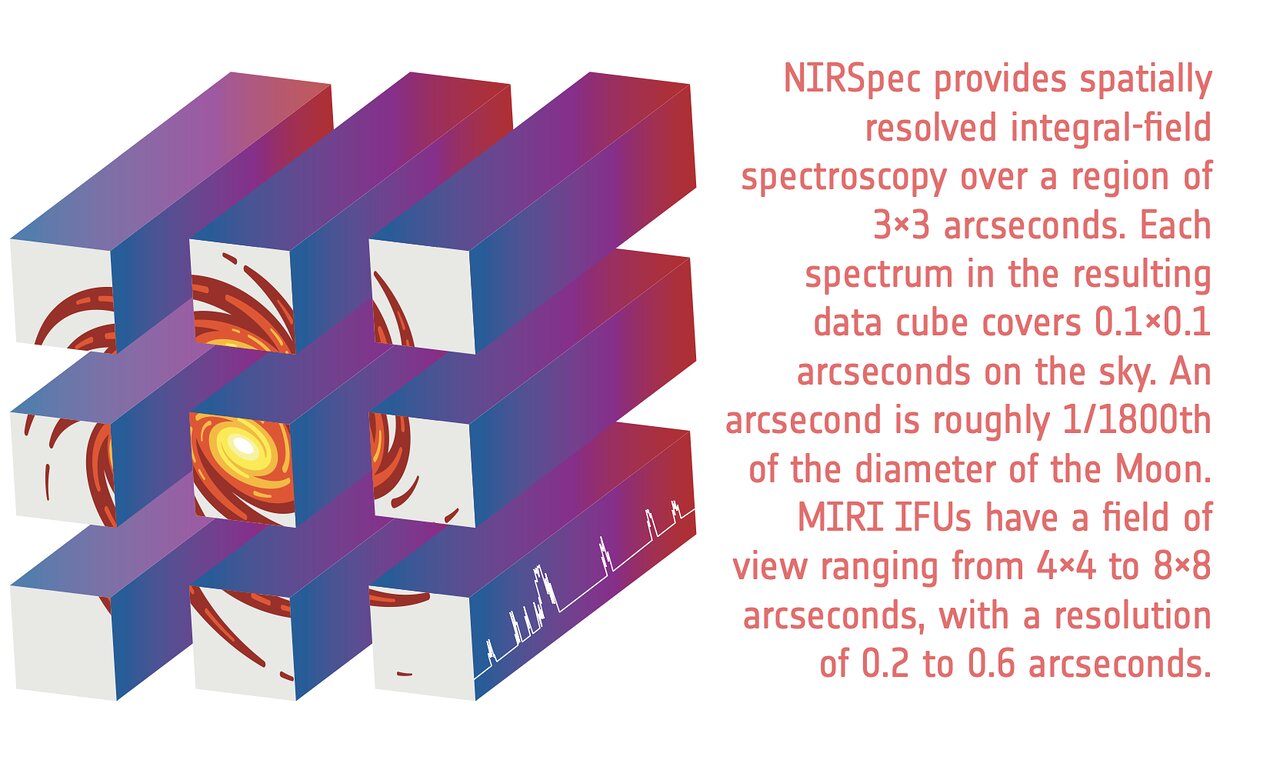 Another technique is used by NIRSpec's multi-object mode, which uses roughly a quarter of a million tiny configurable shutters, each the width of a human hair, to conduct simultaneous spectroscopic observations of multiple sources in a single exposure. In this mode, Webb will be able to obtain spectra of up to 200 targets at once.