Where and how do planetary systems form and evolve?

Until recently, the only planetary system we could study was our own Solar System. Now astronomers have found evidence for thousands of planets around stars other than our own Sun. These are known as exoplanets. Because of this we are getting closer to answering key questions such as: Is Earth unique? Do other planetary systems similar to ours exist? Are we alone in the Universe?

Thanks to its powerful capabilities at infrared wavelengths, Webb will offer a unique view of the outer planets in our own magnificent Solar System. Looking beyond, Webb will study in detail the atmospheres of a wide diversity of exoplanets. It will search for atmospheres similar to Earth’s, and for the signatures of key substances such as methane, water, oxygen, carbon dioxide and complex organic molecules, in the exciting hope of finding the building blocks of life. In this way, Webb will complement ESA’s Atmospheric Remote-sensing Infrared Exoplanet Large-survey (ARIEL), a space telescope scheduled for launch in 2029 that will study what exoplanets are made of, how they form and how they evolve.

Webb will study in detail the atmospheres of a wide diversity of exoplanets by studying these bodies as they pass in front of their respective host stars (known as transiting). The tiny fraction of light that passes through the atmosphere interacts with atoms and molecules there. That light then carries information about them, which scientists use to infer conditions such as temperature, chemical composition and formation history. 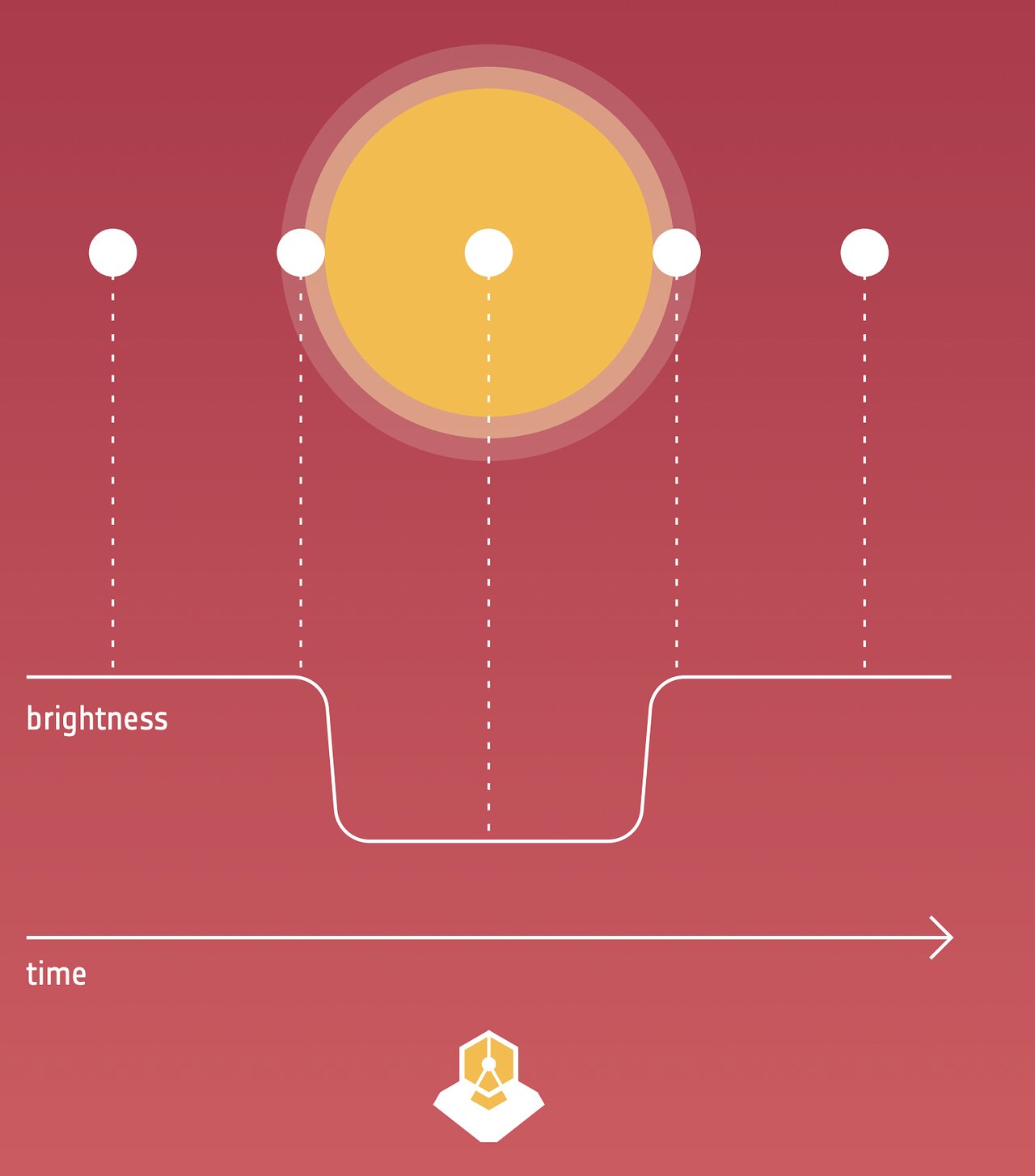 As a planet passes in front of, or ‘transits’, a star, the star’s apparent brightness (represented by the white line) dims and Webb can study the thin layer of the exoplanet’s atmosphere.