Webb is an international project led by NASA in partnership with ESA and the Canadian Space Agency (CSA).

The international collaboration to build this observatory was inspired by the success of the Hubble mission, and the project’s partners began cooperating in 1996 to design and construct a scientifically worthy successor that would expand our knowledge of science and astronomy even further.

ESA’s participation in the Webb mission was formally approved by the ESA Science Programme Committee in 2003. The four major European contributions to the mission were formalised in a signed agreement by NASA and ESA in 2007. These contributions are:

In return for the European contributions, ESA gains full partnership in Webb and secures full access to the Webb observatory for astronomers from ESA Member States, on identical terms to those of today on Hubble. European scientists will be represented on all advisory bodies of the project and will be able to win observing time on Webb through a peer review process, with an expectation of a minimum ESA share of 15% of the total Webb observing time. ESA will provide 15 astronomers to the Webb science and operations centre (S&OC) for the duration of the mission. The S&OC will be at the Space Telescope Science Institute (STScI) in Baltimore, USA, and it is responsible for both the technical and scientific operations of the observatory

NIRSpec is built by European industry to ESA’s specifications and managed by the ESA Webb Project at ESTEC, the Netherlands. The prime contractor is Airbus Defence and Space in Ottobrunn, Germany. The NIRSpec detector and Micro-Shutter Array subsystems are provided by NASA’s Goddard Space Flight Center (GSFC).

MIRI was developed as a partnership between Europe and the USA. The main partners are ESA, a consortium of nationally funded European Institutes, the Jet Propulsion Laboratory (JPL), and GSFC. The European Consortium institutes built the MIRI imager, spectrographs and coronagraph to ESA’s standards, and the detectors and dedicated cooler systems are provided by JPL 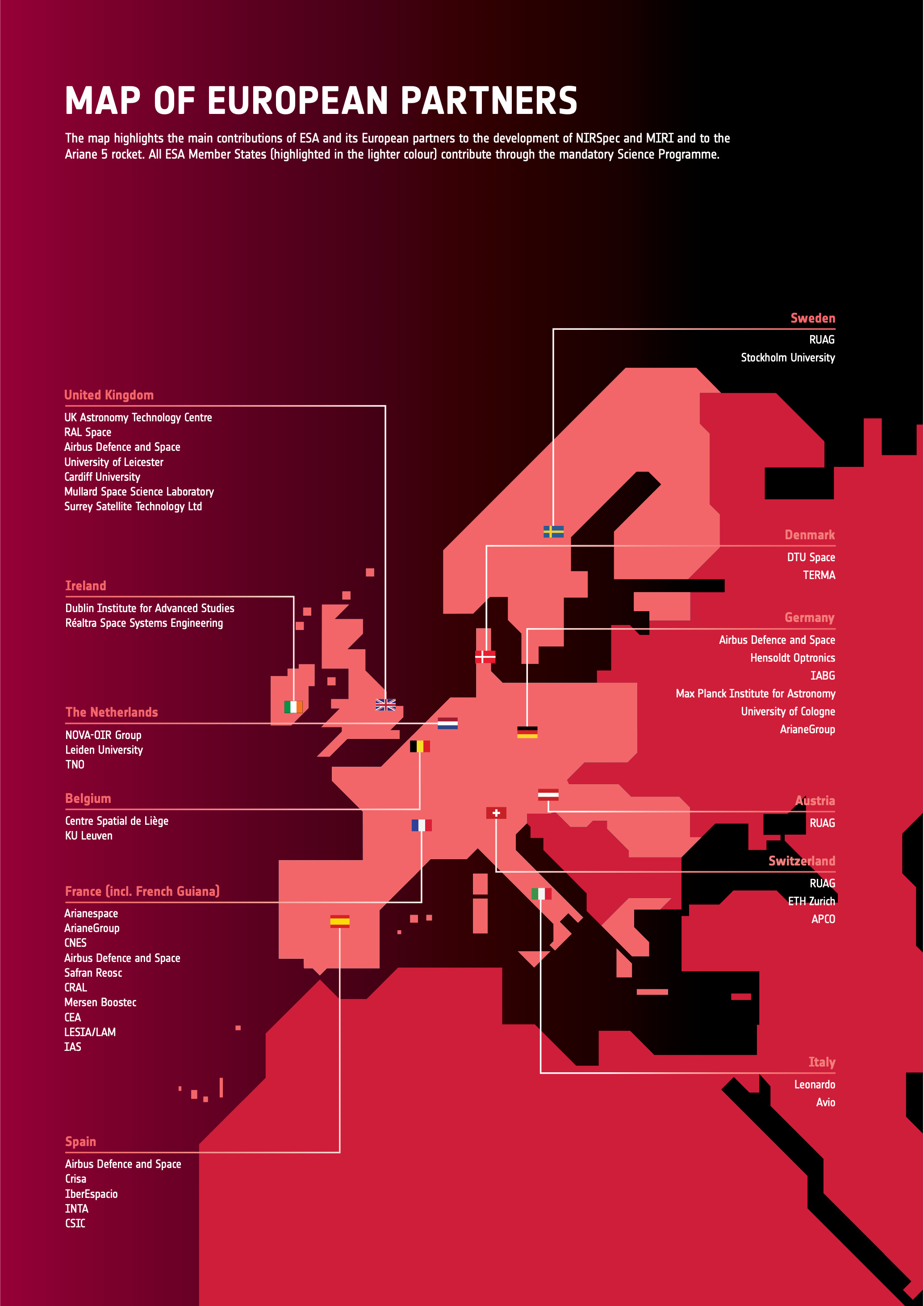