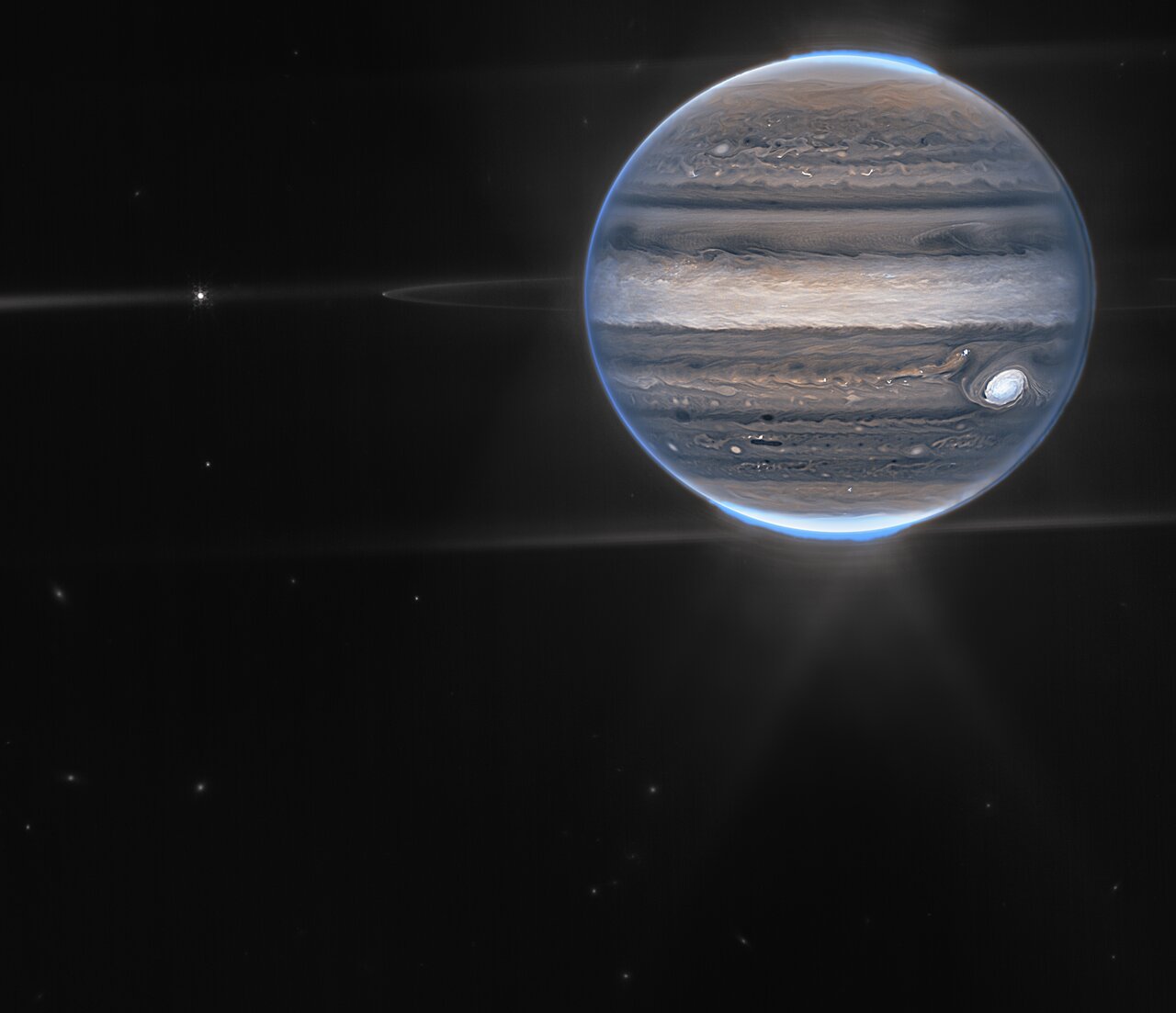 In this wide-field view, Webb sees Jupiter with its faint rings, which are a million times fainter than the planet, and two tiny moons called Amalthea and Adrastea. The fuzzy spots in the lower background are likely galaxies “photobombing” this Jovian view.

This is a composite image from Webb’s NIRCam instrument (two filters) and was acquired on 27 July 2022.