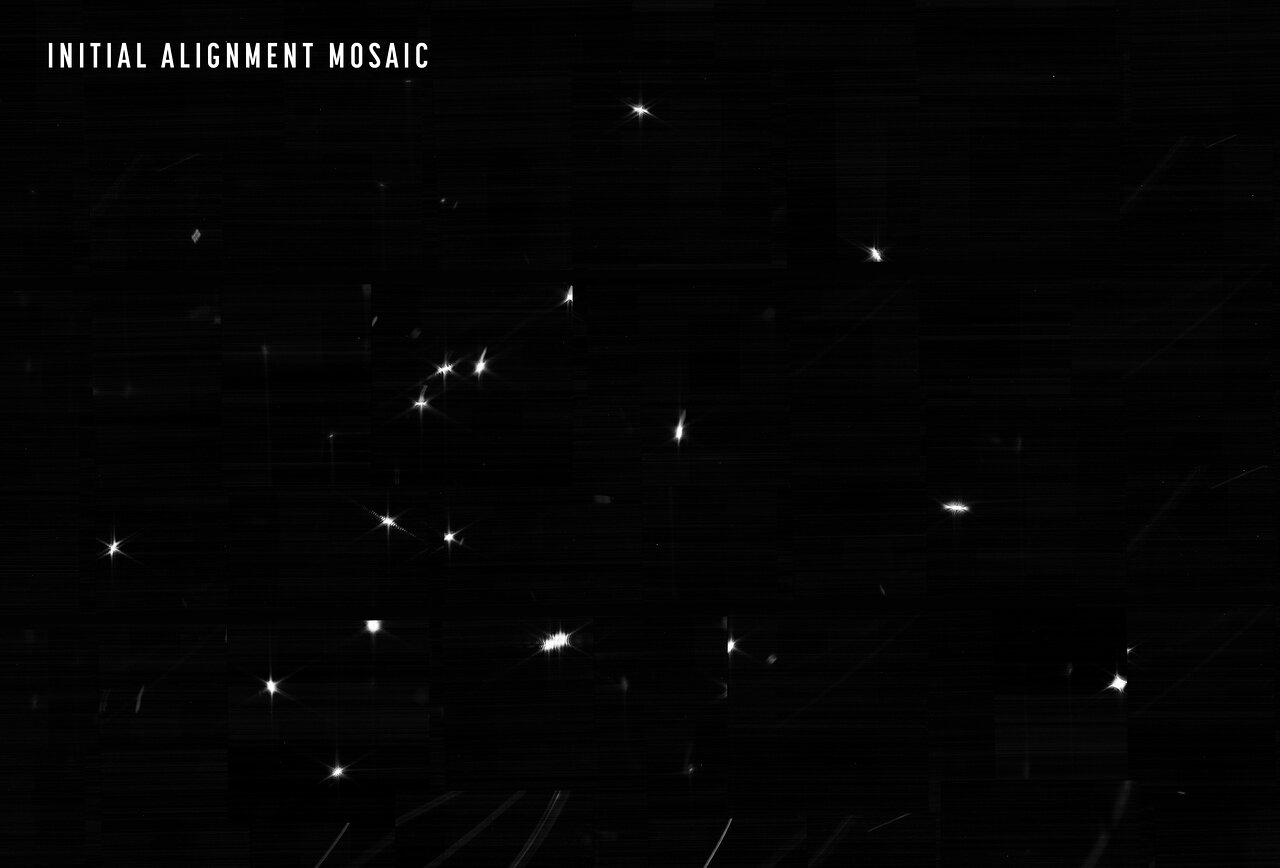 The NASA/ESA/CSA James Webb Space Telescope is nearing completion of the first phase of the months-long process of aligning the observatory’s primary mirror using the Near Infrared Camera (NIRCam) instrument.

The team’s challenge was twofold: confirm that NIRCam was ready to collect light from celestial objects, and then identify starlight from the same star in each of the 18 primary mirror segments. The result is an image mosaic of 18 randomly organised dots of starlight, the product of Webb’s unaligned mirror segments all reflecting light from the same star back at Webb’s secondary mirror and into NIRCam’s detectors.

What looks like a simple image of blurry starlight now becomes the foundation to align and focus the telescope in order for Webb to deliver unprecedented views of the universe this summer. Over the next month or so, the team will gradually adjust the mirror segments until the 18 images become a single star.

During the image capturing process that began on 2 February, Webb was repointed to 156 different positions around the predicted location of the star and generated 1560 images using NIRCam’s 10 detectors, amounting to 54 gigabytes of raw data. The entire process lasted nearly 25 hours, but notedly the observatory was able to locate the target star in each of its mirror segments within the first six hours and 16 exposures. These images were then stitched together to produce a single, large mosaic that captures the signature of each primary mirror segment in one frame. The images shown here are only a center portion of that larger mosaic, a huge image with over 2 billion pixels.

Each unique dot visible in the image mosaic is the same star as imaged by each of Webb’s 18 primary mirror segments, a treasure trove of detail that optics experts and engineers will use to align the entire telescope. This activity determined the post-deployment alignment positions of every mirror segment, which is the critical first step in bringing the entire observatory into a functional alignment for scientific operations.