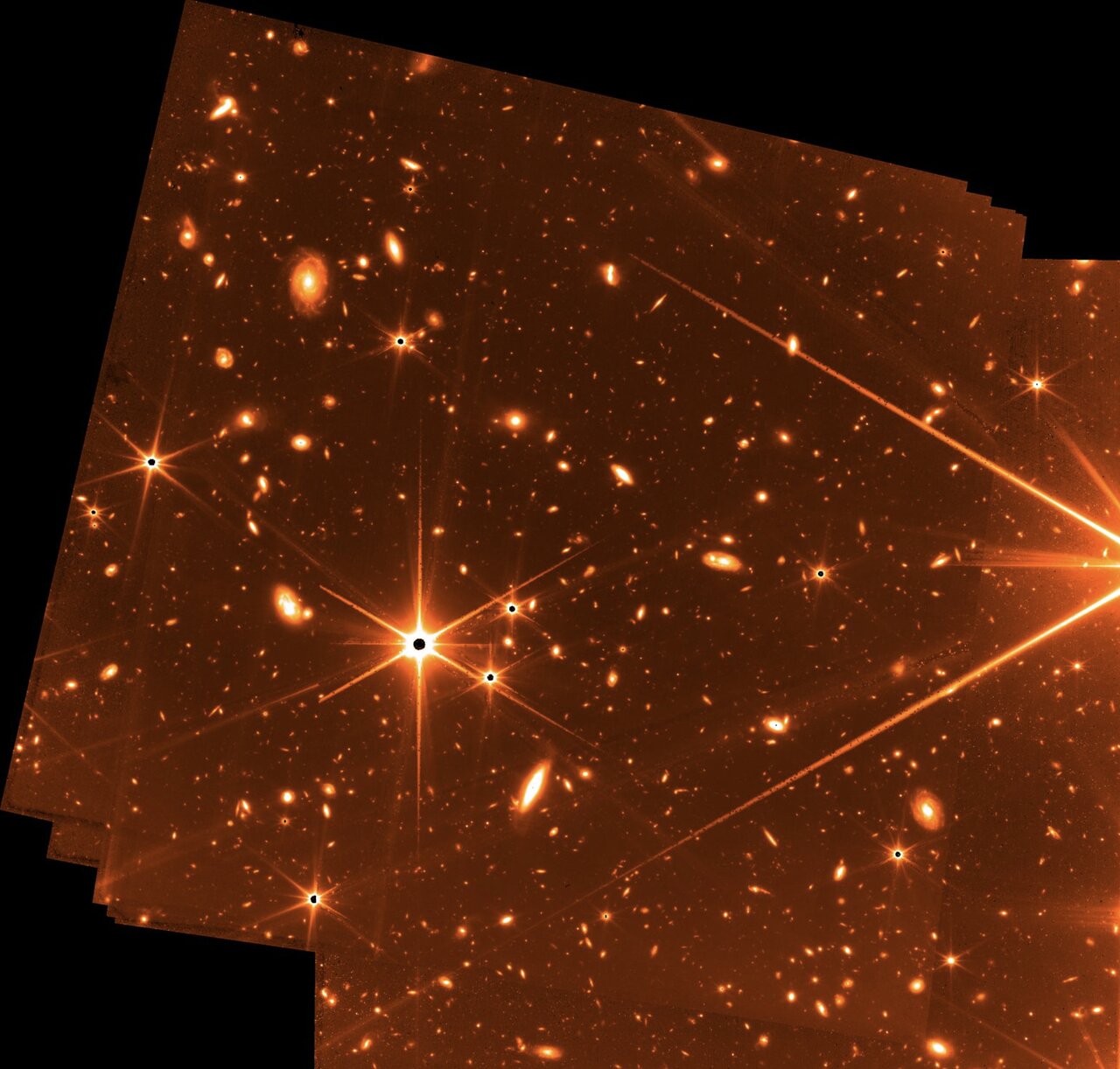 Webb’s Fine Guidance Sensor (FGS) – developed by the Canadian Space Agency – has captured a special view of stars and galaxies that provides a tantalising glimpse at what the telescope’s science instruments will reveal in the coming weeks, months, and years.

The FGS has always been capable of capturing imagery, but its primary purpose is to enable accurate science measurements and imaging with precision pointing. When it does capture imagery, the imagery is typically not kept: Given the limited communications bandwidth between L2 and Earth, Webb only sends data from up to two science instruments at a time. But during a week-long stability test in May, it occurred to the team that they could keep the imagery that was being captured because there was available data transfer bandwidth.

The resulting engineering test image has some rough-around-the-edges qualities to it. It was not optimised to be a science observation; rather, the data was taken to test how well the telescope could stay locked onto a target, but it does hint at the power of the telescope. It carries a few hallmarks of the views Webb has produced during its post launch preparations. Bright stars stand out with their six, long, sharply defined diffraction spikes – an effect due to Webb’s six-sided mirror segments. Beyond the stars, galaxies fill nearly the entire background.

The result – using 72 exposures over 32 hours – is among the deepest images of the universe ever taken, according to Webb scientists. When FGS’ aperture is open, it is not using colour filters like the other science instruments – meaning it is impossible to study the age of the galaxies in this image with the rigour needed for scientific analysis. But even when capturing unplanned imagery during a test, FGS is capable of producing stunning views of the cosmos.