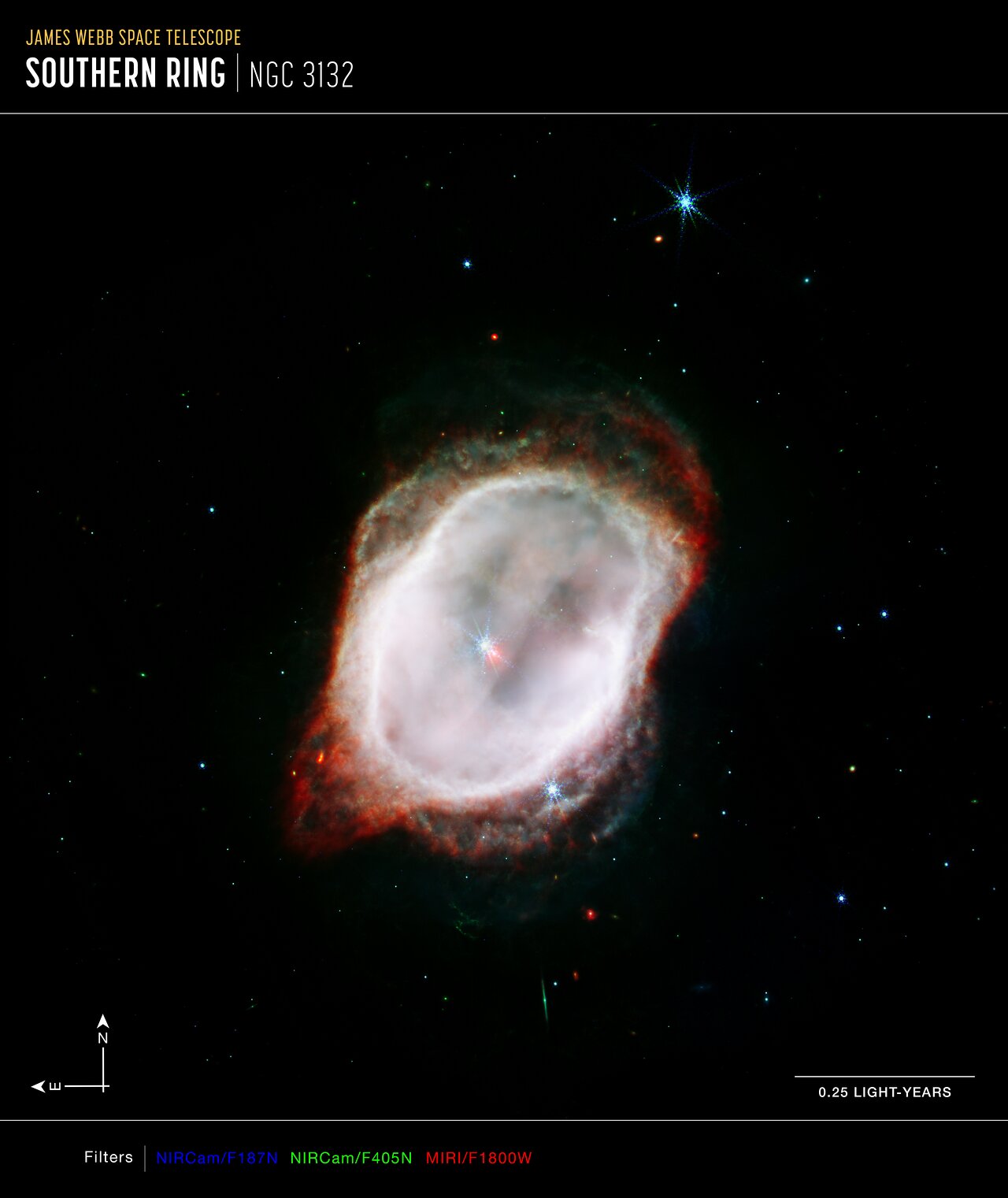 This is an image of the Southern Ring Nebula (NGC 3132), captured by the NASA/ESA/CSA James Webb Space Telescope’s Near-Infrared Camera (NIRCam) and Mid-Infrared Instrument (MIRI). The image combines near- and mid-infrared light from three filters.

Webb’s image traces the star’s scattered outflows that have reached farther into the cosmos. Most of the molecular gas that lies outside the band of cooler gas is also cold. It is also far clumpier, consisting of dense knots of molecular gas that form a halo around the central stars.

The scale bar is labeled in light-years, which is the distance that light travels in one Earth-year. (It takes 0.25 years for light to travel a distance equal to the length of the scale bar.) One light-year is equal to about 9.46 trillion kilometers. The field of view shown in this image is approximately 0.25 light-years across.

This image shows invisible near-infrared and mid-infrared wavelengths of light that have been translated into visible-light colors. The color key shows which NIRCam and MIRI filters were used when collecting the light. The color of each filter name is the visible light color used to represent the infrared light that passes through that filter.

[Image Description: Webb’s view of the Southern Ring Nebula appears as a misshapen oval that is slightly angled from the top left to the bottom right. The image shows two stars that are almost overlapping at the center. A large almost solid white oval surrounds the central stars.]