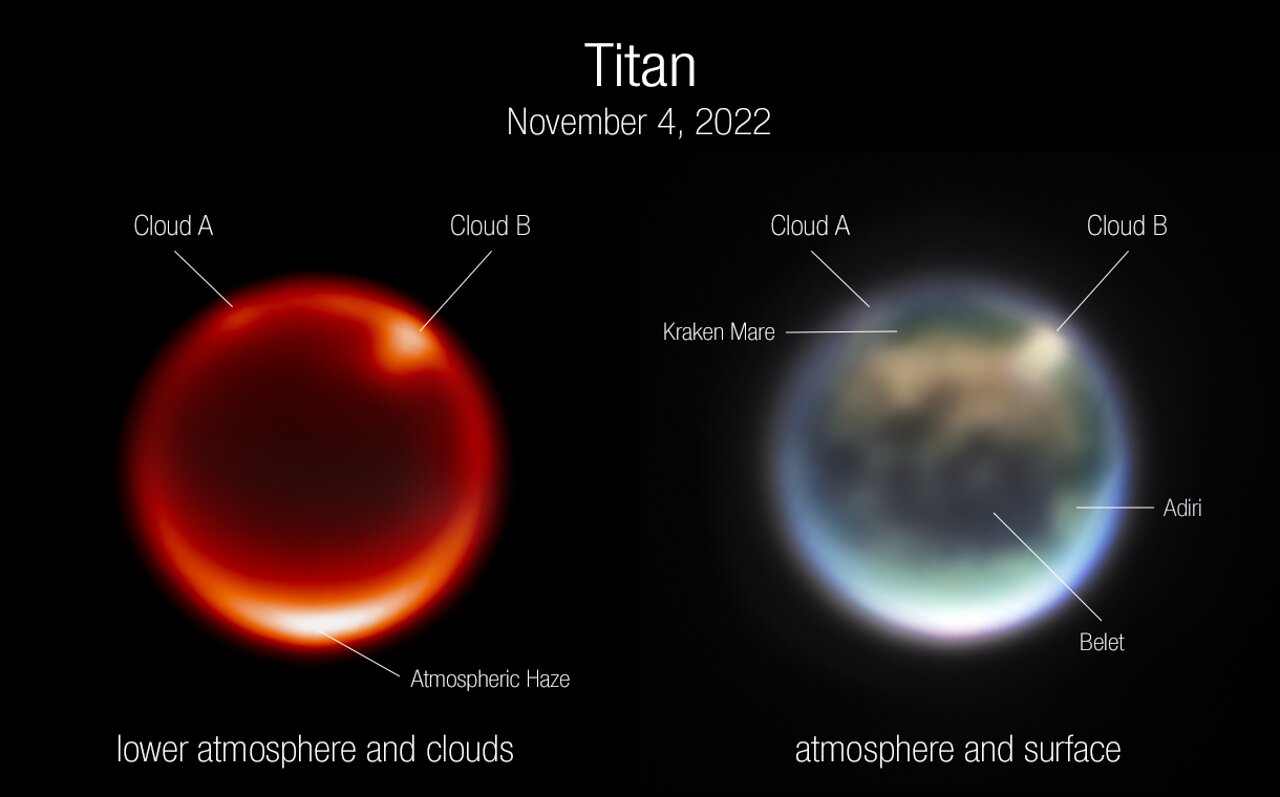 These are images of Saturn’s moon Titan, captured by the NASA/ESA/CSA James Webb Space Telescope’s NIRCam instrument on 4 November 2022. The image on the left uses a filter sensitive to Titan’s lower atmosphere. The bright spots are prominent clouds in the northern hemisphere. The image on the right is a color composite image. Several prominent surface features are labeled: Kraken Mare is thought to be a methane sea; Belet is composed of dark-colored sand dunes; Adiri is a bright albedo feature.

Titan is the only moon in the Solar System with a dense atmosphere, and it is also the only planetary body other than Earth that currently has rivers, lakes, and seas. Unlike Earth, however, the liquid on Titan’s surface is composed of hydrocarbons including methane and ethane, not water. Its atmosphere is filled with thick haze that obscures visible light reflecting off the surface.

Scientists have waited for years to use Webb’s infrared vision to study Titan’s atmosphere, including its fascinating weather patterns and gaseous composition, and also see through the haze to study albedo features (bright and dark patches) on the surface. Further Titan data are expected from NIRCam and NIRSpec as well as the first data from Webb’s Mid-Infrared Instrument (MIRI) in May or June of 2023. The MIRI data will reveal an even greater part of Titan’s spectrum, including some wavelengths that have never before been seen. This will give scientists information about the complex gases in Titan’s atmosphere, as well as crucial clues to deciphering why Titan is the only moon in the Solar System with a dense atmosphere.