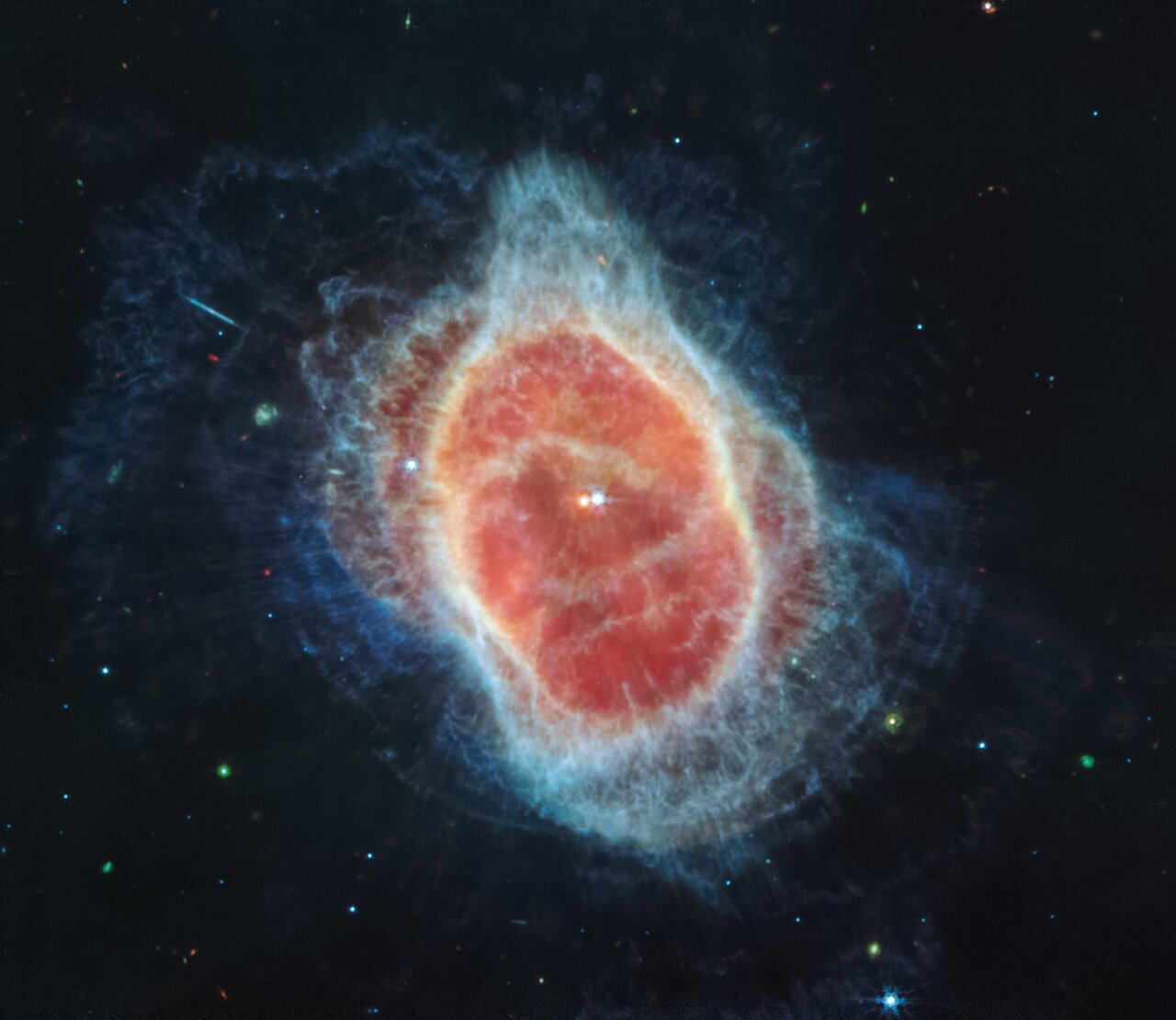 The NASA/ESA/CSA James Webb Telescope has revealed the cloak of dust around the second star, shown at left in red, at the centre of the Southern Ring Nebula for the first time. It is a hot, dense white dwarf star.

As it transformed into a white dwarf, the star periodically ejected mass — the shells of material you see here. As if on repeat, it contracted, heated up, and then, unable to push out more material, pulsated.

At this stage, it should have shed its last layers. So why is the red star still cloaked in dust? Was material transferred from its companion? Researchers will begin to pursue answers soon.

The bluer star at right in this image has also shaped the scene. It helps stir up the ejected material. The disc around the stars is also wobbling, shooting out spirals of gas and dust over long periods of time. This scene is like witnessing a rotating sprinkler that’s finished shooting out material in all directions over thousands of years.

This Mid-Infrared Instrument (MIRI) image also offers an incredible amount of detail, including a cache of distant galaxies in the background. Most of the multi-coloured points of light are galaxies, not stars. Tiny triangles mark the circular edges of stars, including a blue one within the nebula’s red bottom-most edges, while galaxies look like misshapen circles, straight lines, and spirals.

MIRI was contributed by ESA and NASA, and the instrument was designed and built by a consortium of nationally funded European Institutes (The MIRI European Consortium) in partnership with JPL and the University of Arizona.