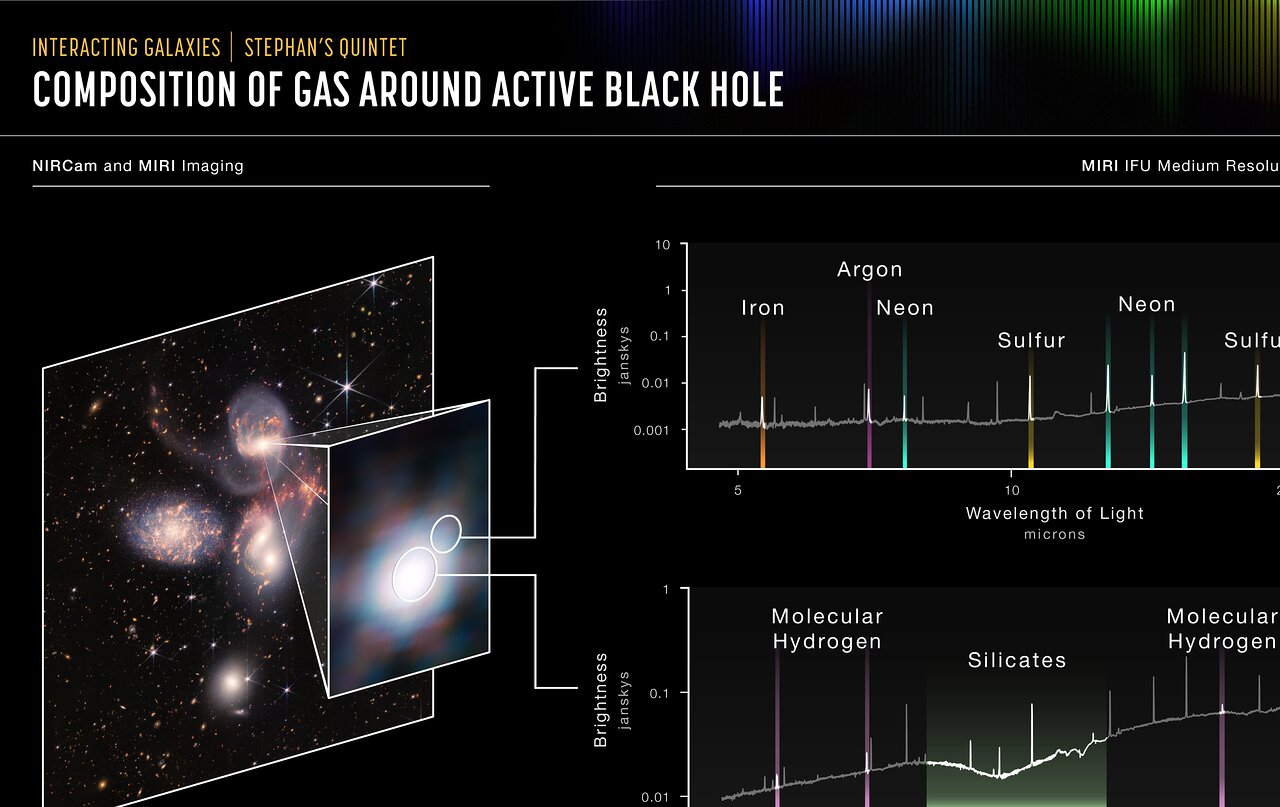 Scientists using the NASA/ESA/CSA James Webb Space Telescope studied the active galactic nucleus in great detail with the Medium-Resolution Spectrometer (MRS) that is part of the Mid-Infrared Instrument (MIRI). The spectrometer features integral field units (IFUs) – a combination of a camera and spectrograph. These IFUs provided the Webb team with a “data cube,” or collection of images of the galactic core’s spectral features.

Using IFUs, scientists can measure spatial structures, determine the velocity of those structures, and get a full range of spectral data. Much like medical magnetic resonance imaging (MRI), the IFUs allow scientists to “slice and dice” the information into many images for detailed study.

MIRI’s MRS pierced through the shroud of dust near the active galactic nucleus to measure the bright emission from nearby hot gas that is being ionised by powerful winds and radiation from the black hole. The instrument saw the gas near the supermassive black hole at a level of detail never seen before, and it was able to determine its composition.

The top spectrum, from the black hole’s outflow, shows a region filled with hot, ionised gases, including iron, argon, neon, sulphur and oxygen as denoted by the peaks at given wavelengths. The presence of multiple emission lines from the same element with different degrees of ionisation is valuable for understanding the properties and origins of the outflow.

The bottom spectrum reveals that the supermassive black hole has a reservoir of colder, denser gas with large quantities of molecular hydrogen and silicate dust that absorb the light from the central regions of the galaxy.