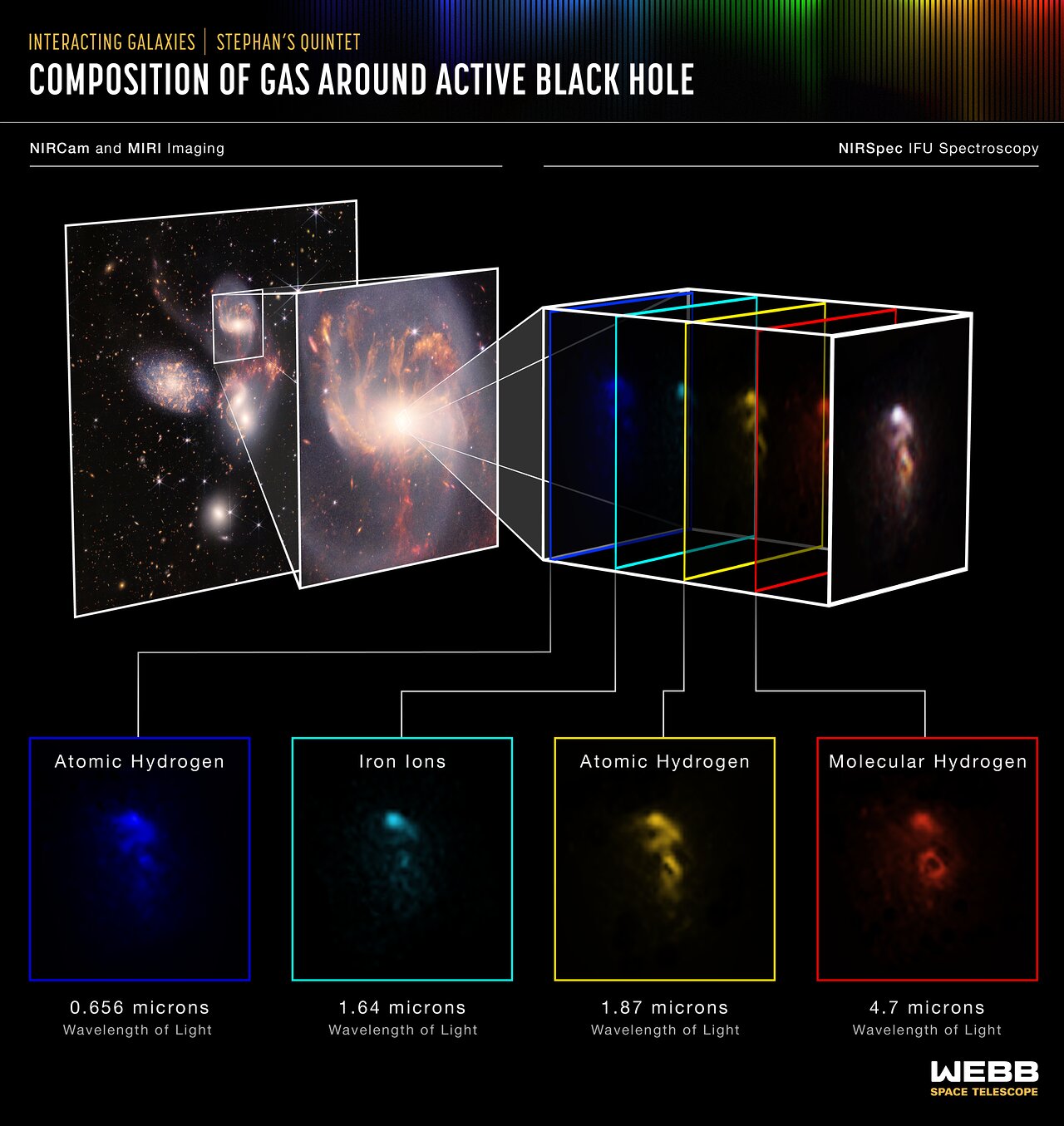 The NASA/ESA/CSA James Webb Space Telescope studied the active galactic nucleus in great detail with the Near-Infrared Spectrograph (NIRSpec). The instrument’s integral field units (IFUs) – a combination of a camera and spectrograph – provided the Webb team with a “data cube,” or collection of images of the galactic core’s spectral features. Using IFUs, scientists can measure spatial structures, determine the velocity of those structures, and get a full range of spectral data. Much like medical magnetic resonance imaging (MRI), the IFUs allow scientists to “slice and dice” the information into many images for detailed study.

NIRSpec’s IFUs pierced through the shroud of dust to measure the bright emission from outflows of hot gas near the active black hole. The instrument saw the gas near the supermassive black hole in wavelengths never detected before, and it was able to determine its composition.

Some of the key emission lines seen by NIRSpec are shown in this image and represent different phases of gas. Atomic hydrogen, in blue and yellow, allows scientists to discover the structure of the outflow. Iron ions, in teal, trace the places where the hot gas is located. Molecular hydrogen, in red, is very cold and dense, and traces both outflowing gas and the reservoir of fuel for the black hole. The bright, active nucleus itself has been removed from these images to better show the structure of the surrounding gas.

By using NIRSpec, scientists have gained unprecedented information about the black hole and its outflow. Studying these relatively nearby galaxies helps scientists better understand galaxy evolution in the much more distant universe.