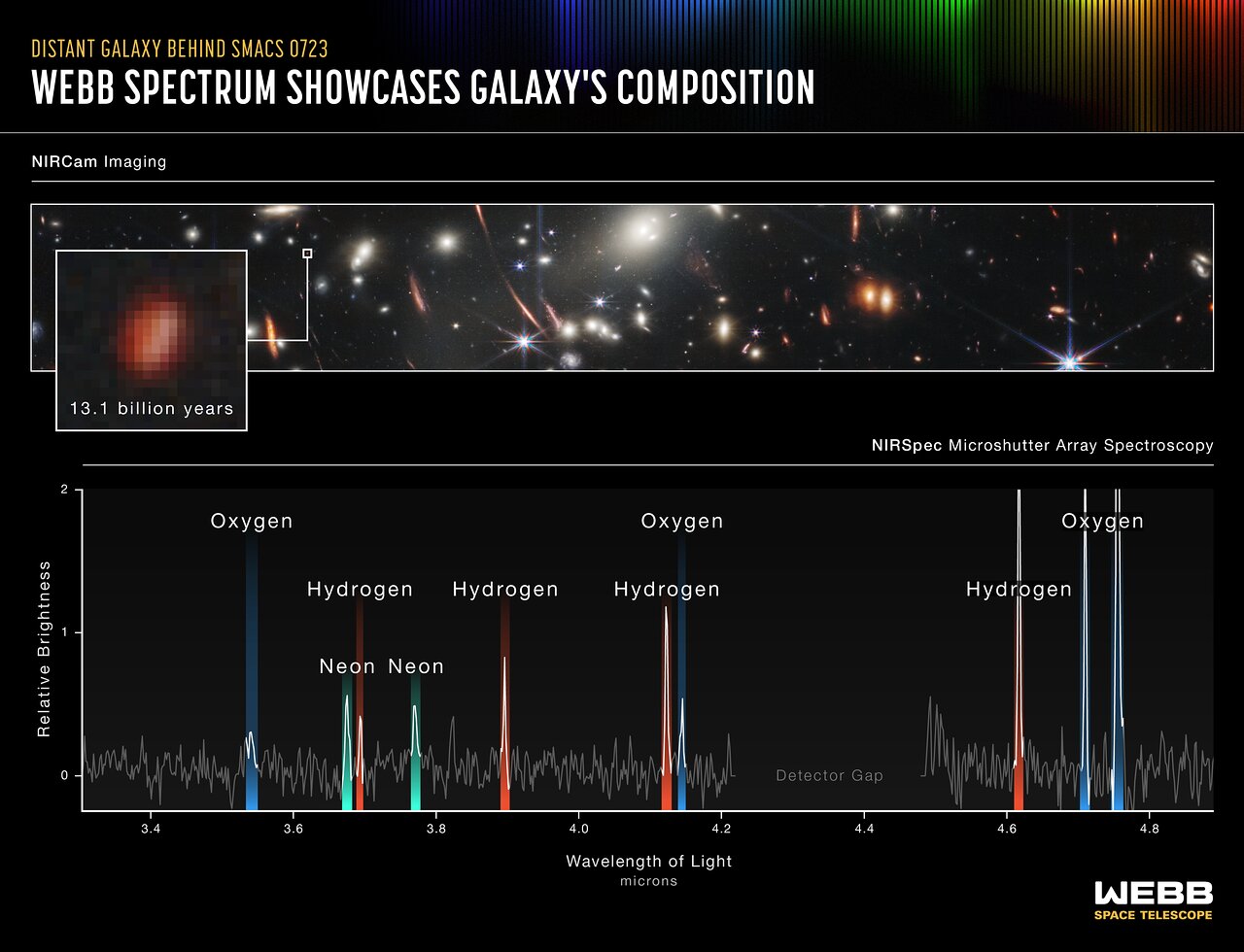 This galaxy emitted its light 13.1 billion years ago.

It was captured by Webb’s microshutter array, part of its Near-Infrared Spectrograph (NIRSpec). This instrument is so sensitive that it can observe the light of individual galaxies that existed in the very early universe. This will prove transformational for research. Webb’s capabilities have allowed scientists to observe spectra of galaxies this far away for the first time.

When researchers stretch out the light of an individual galaxy into a spectrum, like the graph shown above, they can learn about the chemical composition, temperature, and density of the galaxy’s ionised gas. For example, this galaxy’s spectrum will reveal the properties of its gas, which will indicate how its stars are forming and how much dust it contains. These data are rich – and have never before been detected from this far away at this quality.

As astronomers begin analysing Webb’s data, we will learn an incredible amount about galaxies that existed all across cosmic time – and how they compare to the beautiful spiral and elliptical galaxies in the nearby universe.