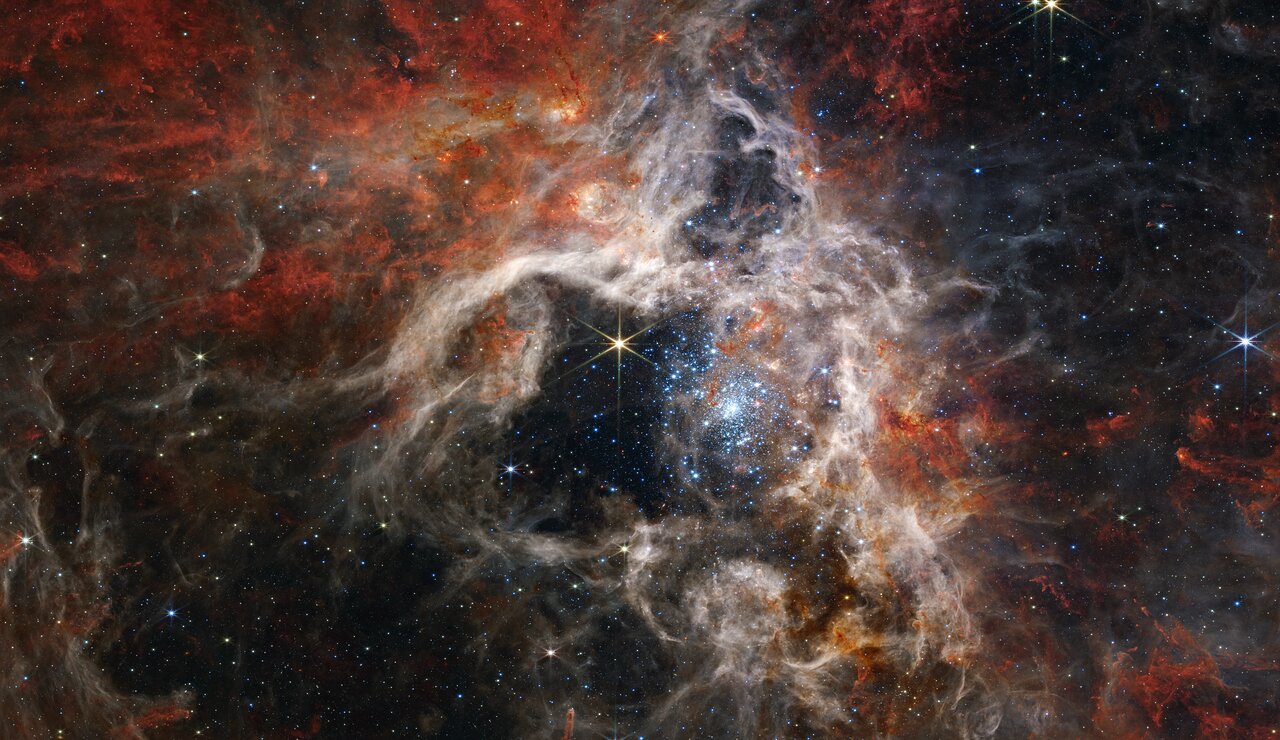 In this mosaic image stretching 340 light-years across, Webb’s Near-Infrared Camera (NIRCam) displays the Tarantula Nebula star-forming region in a new light, including tens of thousands of never-before-seen young stars that were previously shrouded in cosmic dust. The most active region appears to sparkle with massive young stars, appearing pale blue. Scattered among them are still-embedded stars, appearing red, yet to emerge from the dusty cocoon of the nebula. NIRCam is able to detect these dust-enshrouded stars thanks to its unprecedented resolution at near-infrared wavelengths.

To the upper left of the cluster of young stars, and the top of the nebula’s cavity, an older star prominently displays NIRCam’s distinctive eight diffraction spikes, an artefact of the telescope’s structure. Following the top central spike of this star upward, it almost points to a distinctive bubble in the cloud. Young stars still surrounded by dusty material are blowing this bubble, beginning to carve out their own cavity. Astronomers used two of Webb’s spectrographs to take a closer look at this region and determine the chemical makeup of the star and its surrounding gas. This spectral information will tell astronomers about the age of the nebula and how many generations of star birth it has seen.

Farther from the core region of hot young stars, cooler gas takes on a rust colour, telling astronomers that the nebula is rich with complex hydrocarbons. This dense gas is the material that will form future stars. As winds from the massive stars sweep away gas and dust, some of it will pile up and, with gravity’s help, form new stars.