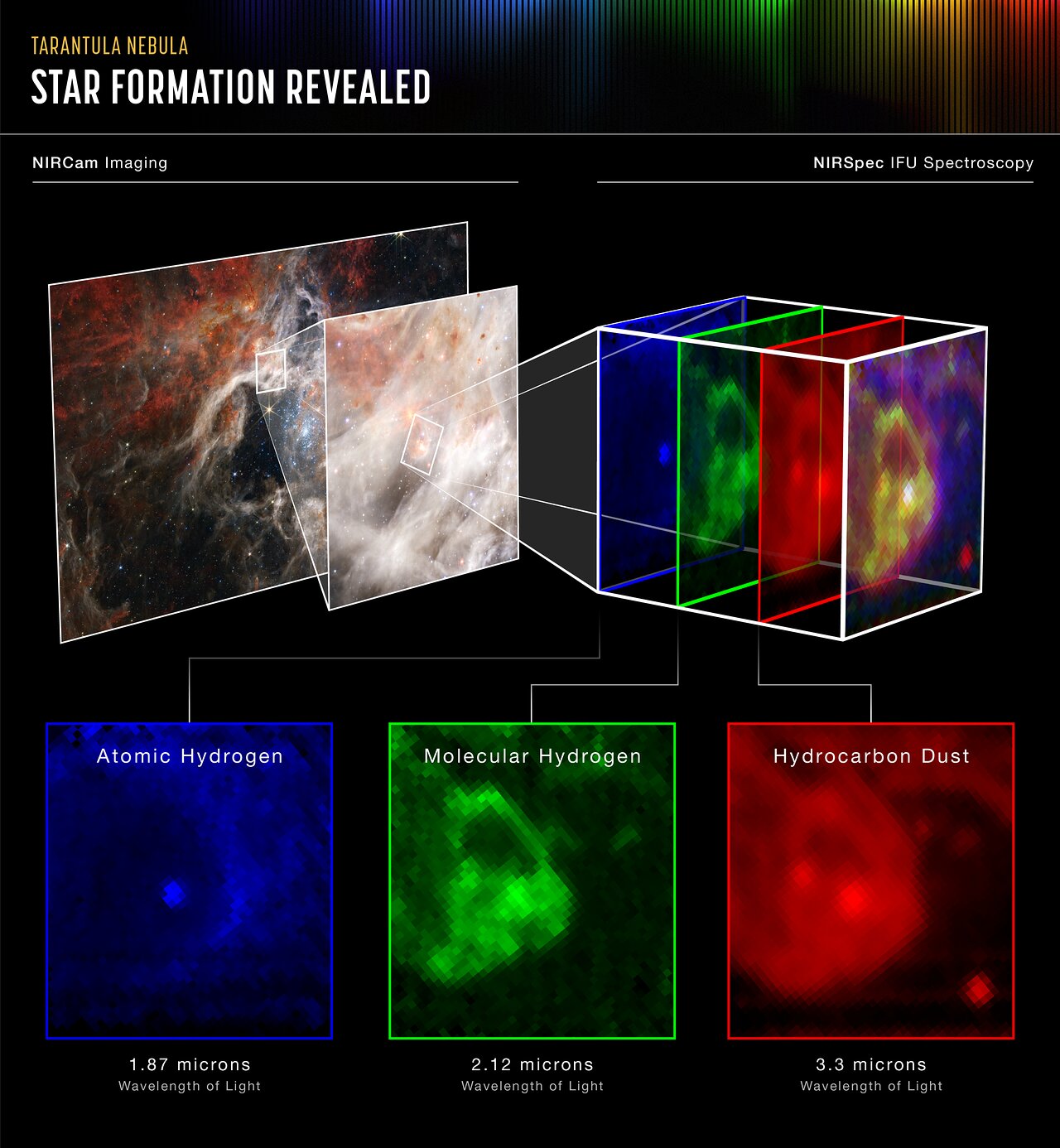 Webb’s Near-Infrared Spectrograph (NIRSpec) reveals what is really going on in an intriguing region of the Tarantula Nebula. Astronomers focused the powerful instrument on what looked like a small bubble feature in the image from Webb’s Near-Infrared Camera (NIRCam). However, the spectra reveal a very different picture from a young star blowing a bubble in its surrounding gas.

The signature of atomic hydrogen, shown in blue, shows up in the star itself but not immediately surrounding it. Instead, it appears outside the “bubble,” which spectra show is actually “filled” with molecular hydrogen (green) and complex hydrocarbons (red). This indicates that the bubble is actually the top of a dense pillar of dust and gas that is being blasted by radiation from the cluster of massive young stars to its lower right (see the full NIRCam image). It does not appear as pillar-like as some other structures in the nebula because there is not much colour contrast with the area surrounding it.

The harsh stellar wind from the massive young stars in the nebula is breaking apart molecules outside the pillar, but inside they are preserved, forming a cushy cocoon for the star. This star is still too young to be clearing out its surroundings by blowing bubbles – NIRSpec has captured it just beginning to emerge from the protective cloud from which it was formed. Without Webb’s resolution at infrared wavelengths, the discovery of this star birth in action would not have been possible.