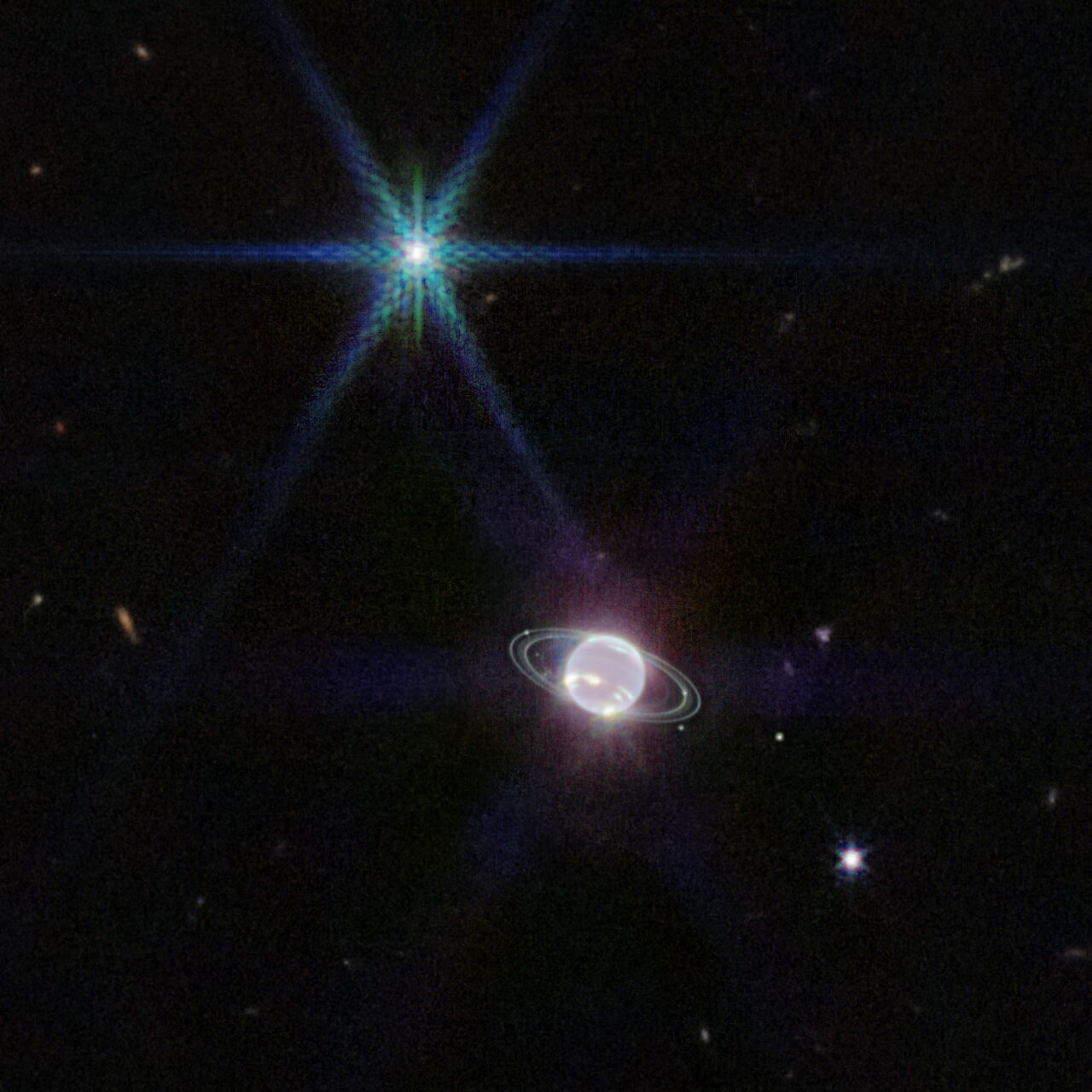 Webb’s Near-Infrared Camera (NIRCam) image of Neptune, taken on 12 July 2022, brings the planet’s rings into full focus for the first time in more than three decades.

The most prominent features of Neptune’s atmosphere in this image are a series of bright patches in the planet’s southern hemisphere that represent high-altitude methane-ice clouds. More subtly, a thin line of brightness circling the planet’s equator could be a visual signature of global atmospheric circulation that powers Neptune’s winds and storms. Additionally, for the first time, Webb has teased out a continuous band of high-latitude clouds surrounding a previously-known vortex at Neptune’s southern pole.