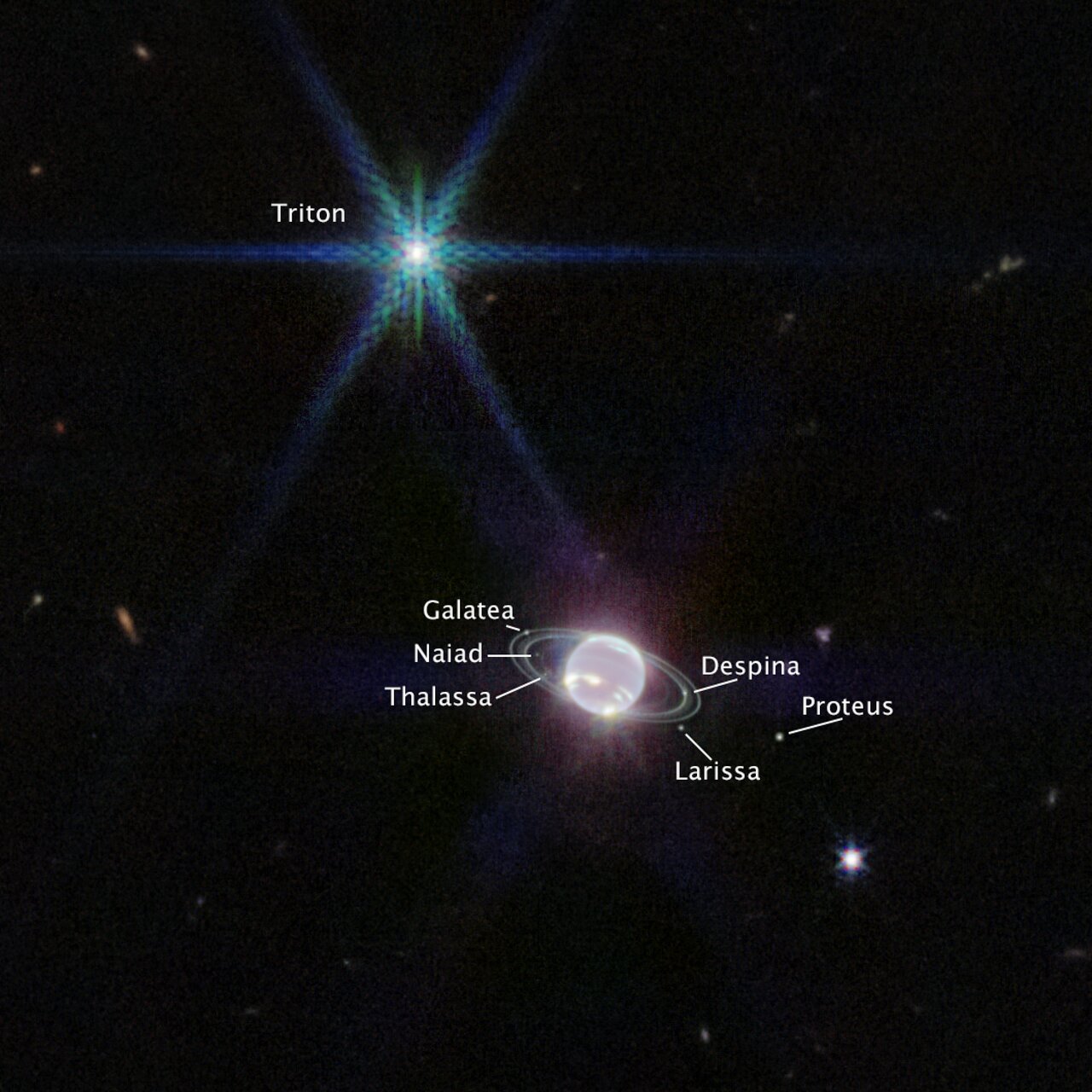 In this version of Webb’s Near-Infrared Camera (NIRCam) image of Neptune, the planet’s visible moons are labeled. Neptune has 14 known satellites, and seven of them are visible in this image.

Triton, the bright spot of light in the upper left of this image, far outshines Neptune because the planet’s atmosphere is darkened by methane absorption wavelengths captured by Webb. Triton reflects an average of 70 percent of the sunlight that hits it. Triton, which orbits Neptune in a backward orbit, is suspected to have originally been a Kuiper belt object that was gravitationally captured by Neptune.