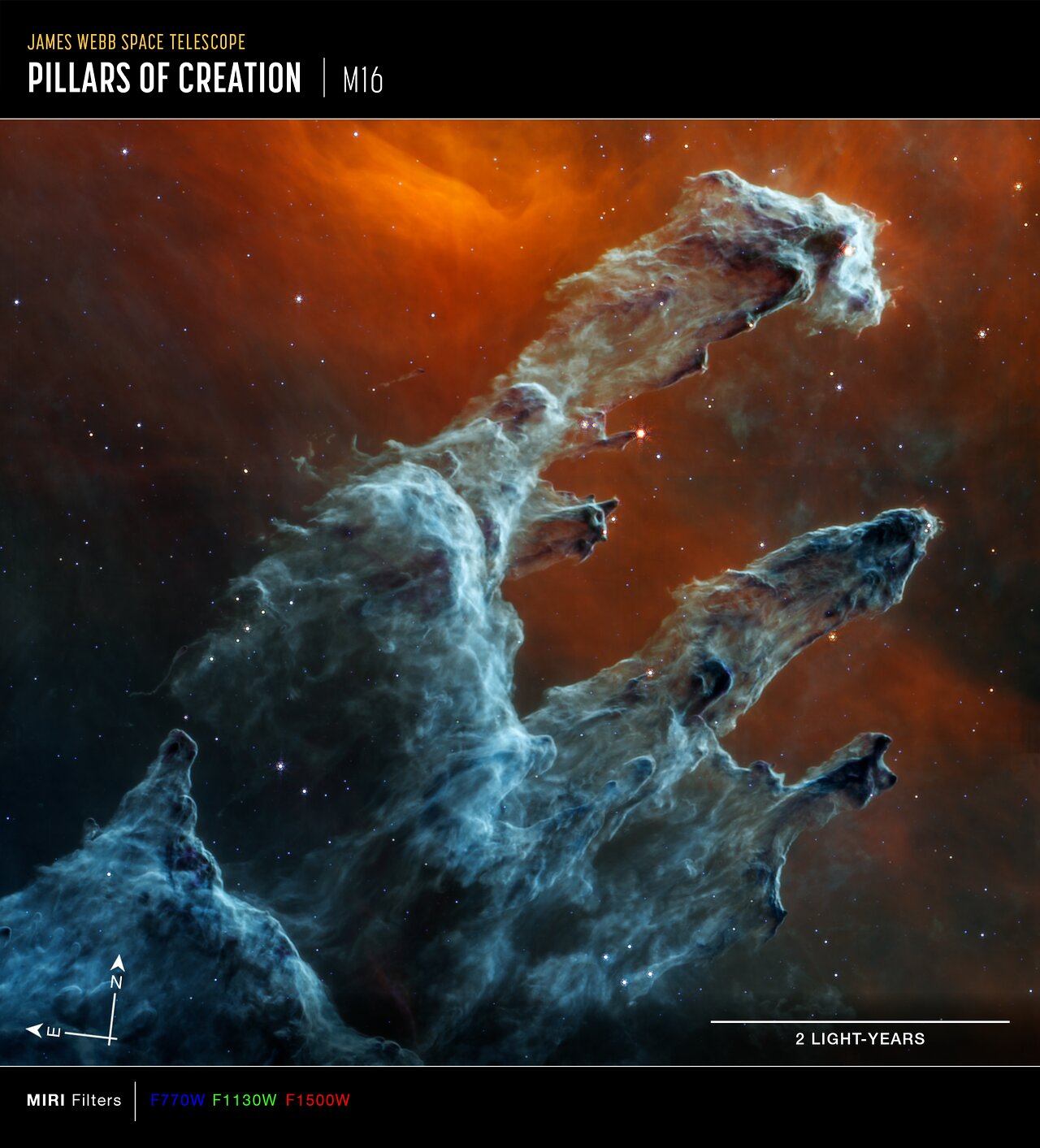 The scale bar is labelled in light-years, which is the distance that light travels in one Earth-year. (It takes 2 years for light to travel a distance equal to the length of the scale bar.) One light-year is equal to about 9.46 trillion kilometres. The field of view shown in this image is approximately 7 light-years across.

This image shows invisible mid-infrared wavelengths of light that have been translated into visible-light colours. The colour key shows which MIRI filters were used when collecting the light. The colour of each filter name is the visible light colour used to represent the infrared light that passes through that filter.

[Image Description: Titled James Webb Space Telescope, Pillars of Creation, M16. Graphic elements added to the image are compass arrows, scale bar, and colour key. Below the image is a colour key showing which MIRI filters were used to create the image and which visible-light colour is assigned to each filter.]