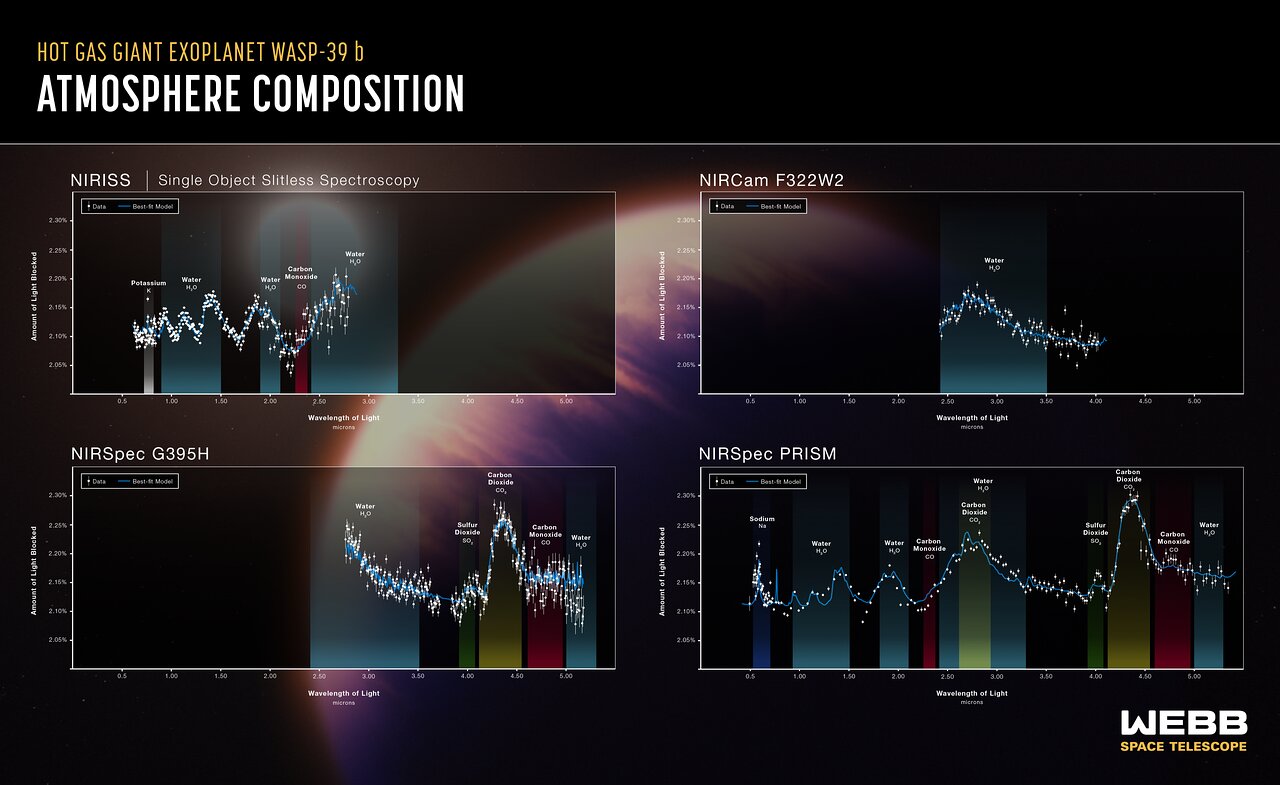 The atmospheric composition of the hot gas giant exoplanet WASP-39 b has been revealed by the NASA/ESA/CSA James Webb Space Telescope. This graphic shows four transmission spectra from three of Webb’s instruments operated in four instrument modes. All are plotted on a common scale extending from 0.5 to 5.5 microns.

[Image Description: Graphic titled “Hot Gas Giant Exoplanet WASP-39 b Atmosphere Composition.” The graphic includes four graphs—transmission spectra—arranged in a 2 by 2 grid with an illustration of the planet and its star in the background.]