NGC 346, one of the most dynamic star-forming regions in nearby galaxies, is full of mystery. Now, though, it is less mysterious thanks to new findings from the NASA/ESA/CSA James Webb Space Telescope.

NCG 346 is located in the Small Magellanic Cloud (SMC), a dwarf galaxy close to our Milky Way. The SMC contains lower concentrations of elements heavier than hydrogen or helium, which astronomers call metals, than seen in the Milky Way. Since dust grains in space are composed mostly of metals, scientists expected that there would only be small amounts of dust, and that it would be hard to detect. But new data from Webb reveals just the opposite.

Astronomers probed this region because the conditions and amount of metals within the SMC resemble those seen in galaxies billions of years ago, during an era in the Universe's history known as 'cosmic noon,' when star formation was at its peak. Some 2 to 3 billion years after the Big Bang, galaxies were forming stars at a furious rate. The fireworks of star formation happening then still shape the galaxies we see around us today.

“A galaxy during cosmic noon wouldn’t have one NGC 346, as the Small Magellanic Cloud does; it would have thousands”, said Margaret Meixner, an astronomer at the Universities Space Research Association and principal investigator of the research team. “But even if NGC 346 is now the one and only massive cluster furiously forming stars in its galaxy, it offers us a great opportunity to probe the conditions that were in place at cosmic noon.”

By observing protostars still in the process of forming, researchers can learn if the star formation process in the SMC is different from what we observe in our own Milky Way. Previous infrared studies of NGC 346 have focused on protostars heavier than about five to eight times the mass of our Sun. “With Webb, we can probe down to lighter-weight protostars, as small as one tenth of our Sun, to see if their formation process is affected by the lower metal content,” said Olivia Jones of the United Kingdom Astronomy Technology Centre, at the Royal Observatory Edinburgh, a co-investigator on the program.

As stars form, they gather gas and dust, which can look like ribbons in Webb imagery, from the surrounding molecular cloud. The material collects into an accretion disc that feeds the central protostar. Astronomers have detected gas around protostars within NGC 346, but Webb’s near-infrared observations mark the first time they have also detected dust in these discs.

“We’re seeing the building blocks, not only of stars, but also potentially of planets,” said Guido De Marchi of the European Space Agency, a co-investigator on the research team. “And since the Small Magellanic Cloud has a similar environment to that of galaxies during cosmic noon, it’s possible that rocky planets could have formed earlier in the history of the Universe than we might have thought.”

The team also has spectroscopic observations from Webb’s NIRSpec instrument that they are continuing to analyse. These data are expected to provide new insights into the material accreting onto individual protostars, as well as the environment immediately surrounding the protostars.

These results are being presented on 11 January 2023 in a press conference at the 241st meeting of the American Astronomical Society. The observations were obtained as part of program 1227. 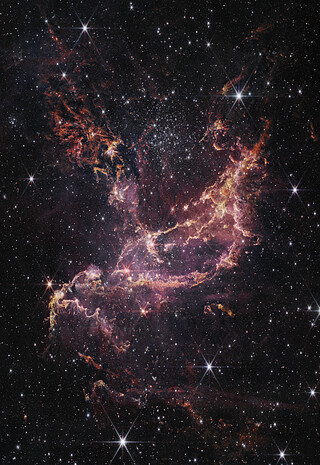 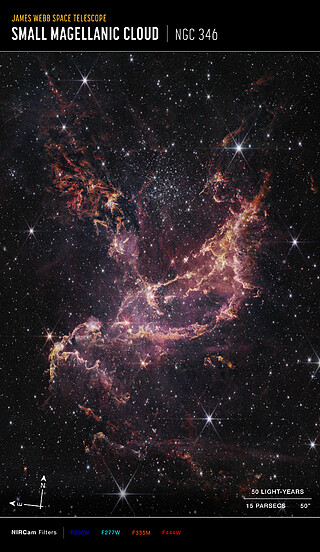 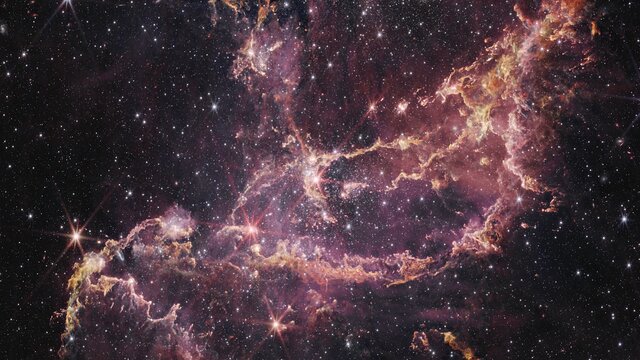 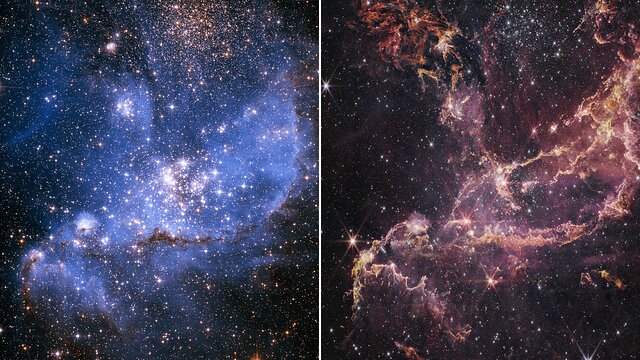 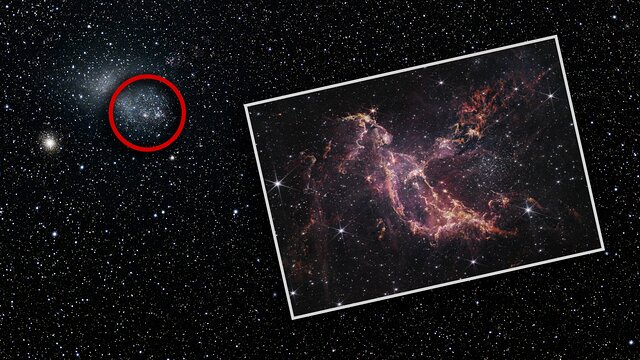 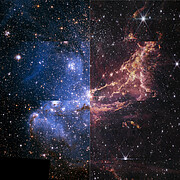