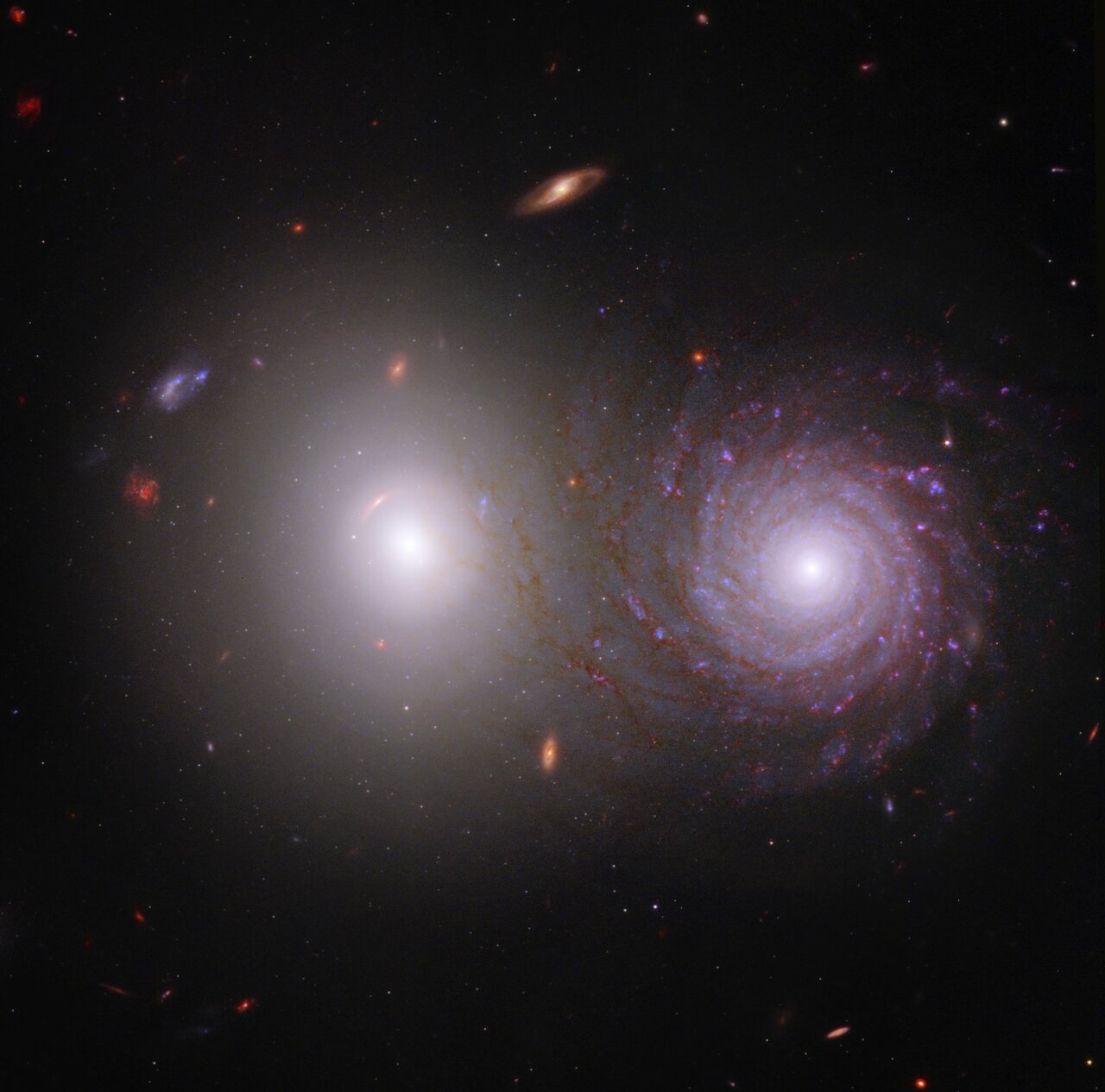 By combining data from the NASA/ESA/CSA James Webb Space Telescope and the NASA/ESA Hubble Space Telescope, researchers were able to trace light that was emitted by the large white elliptical galaxy at left through the spiral galaxy at right and identify the effects of interstellar dust in the spiral galaxy. This image of galaxy pair VV 191 includes near-infrared light from Webb, and ultraviolet and visible light from Hubble.

Webb’s near-infrared data also show us the galaxy’s longer, extremely dusty spiral arms in far more detail, giving them an appearance of overlapping with the central bulge of the bright white elliptical galaxy on the left. Although the two foreground galaxies are relatively close astronomically speaking, they are not actively interacting.

Don’t overlook the background scenery! Like many Webb images, this image of VV 191 shows many galaxies that lie great distances away. For example, two patchy spirals to the upper left of the elliptical galaxy have similar apparent sizes, but show up in very different colors. One is likely very dusty and the other very far away, but researchers need to obtain data known as spectra to determine which is which.