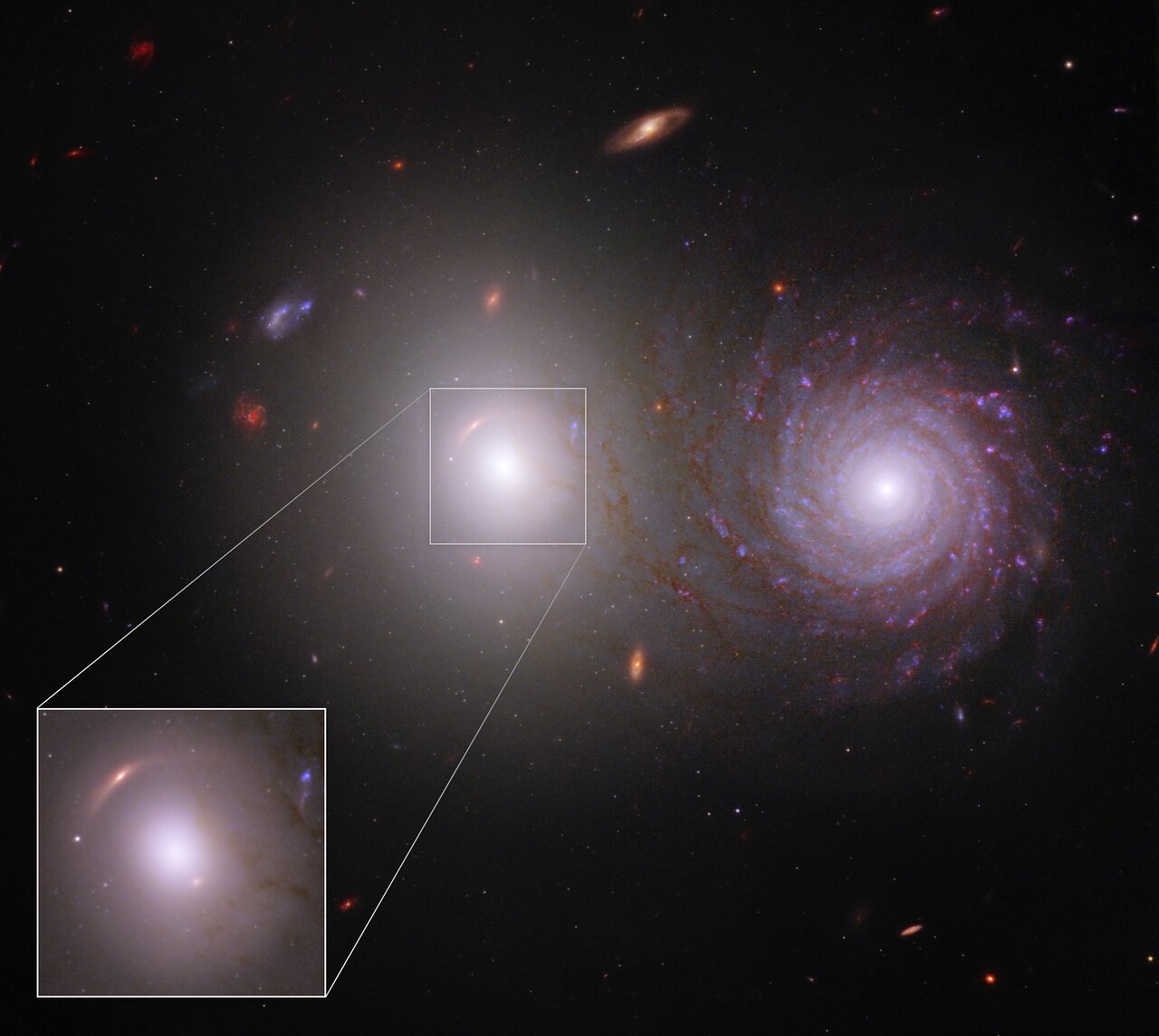 Examine the white elliptical galaxy at left. A faint red arc appears in the inset at 10 o’clock. This is a very distant galaxy whose appearance is warped in Webb’s image. Its light is bent by the gravity of the elliptical foreground galaxy. Plus, its appearance is duplicated. The stretched red arc reappears – as a dot – at 4 o’clock.

These images of the lensed galaxy are so faint and so red that they went unrecognized in Hubble data, but are unmistakable in Webb’s near-infrared image. Simulations of gravitationally lensed galaxies like this help researchers reconstruct how much mass is in individual stars, along with how much dark matter is in the core of this galaxy.

This image includes ultraviolet and visible data from the NASA/ESA Hubble Space Telescope.