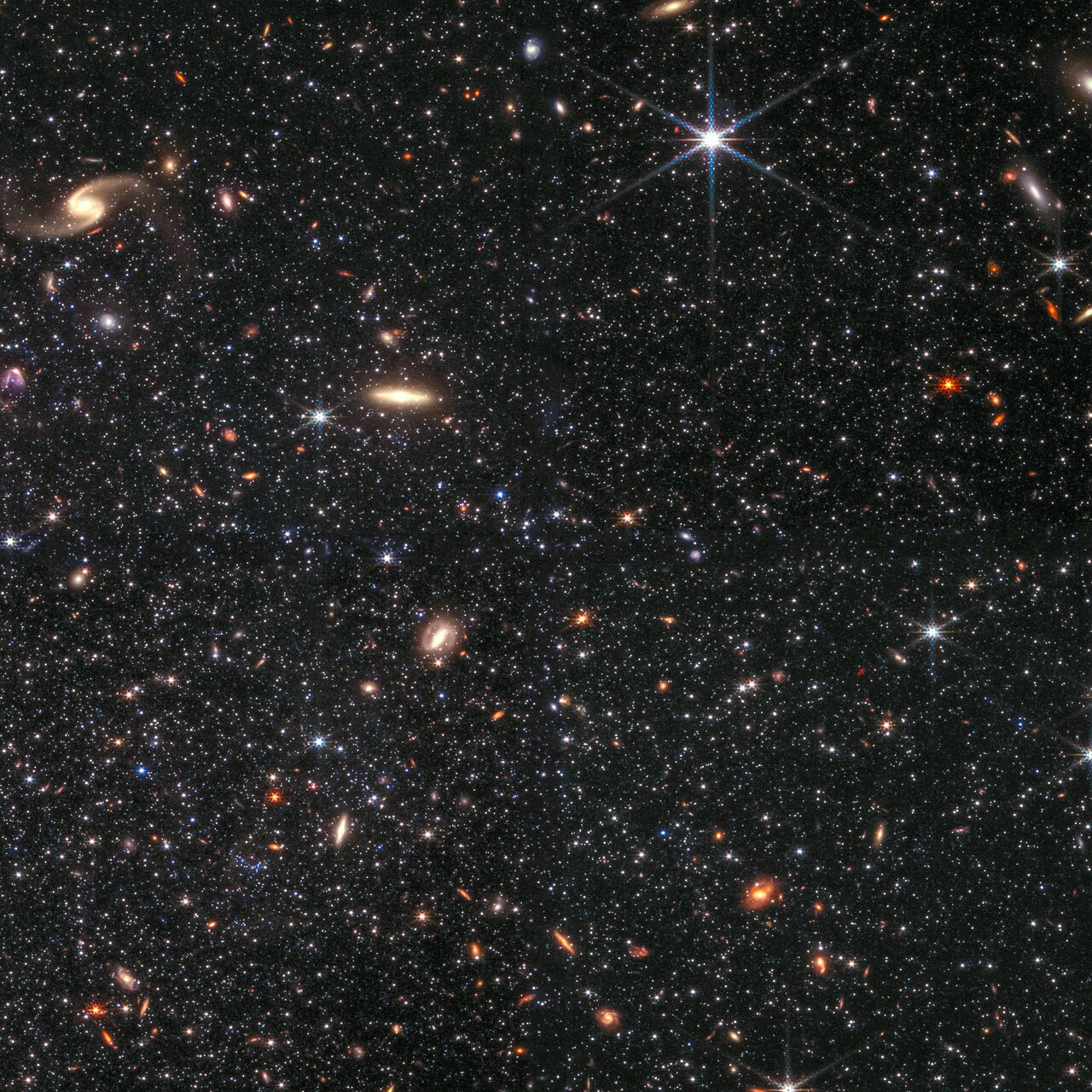 This observation was taken as part of Webb’s Early Release Science (ERS) program 1334, focused on resolved stellar populations. The dwarf galaxy WLM was selected for this program as its gas is similar to that which made up galaxies in the early Universe and it is relatively nearby, meaning that Webb can differentiate between its individual stars. Learn more about Webb’s research of the dwarf galaxy WLM here.

[Image Description: This image shows a wide field view of countless stars and dozens of galaxies in clear detail.]