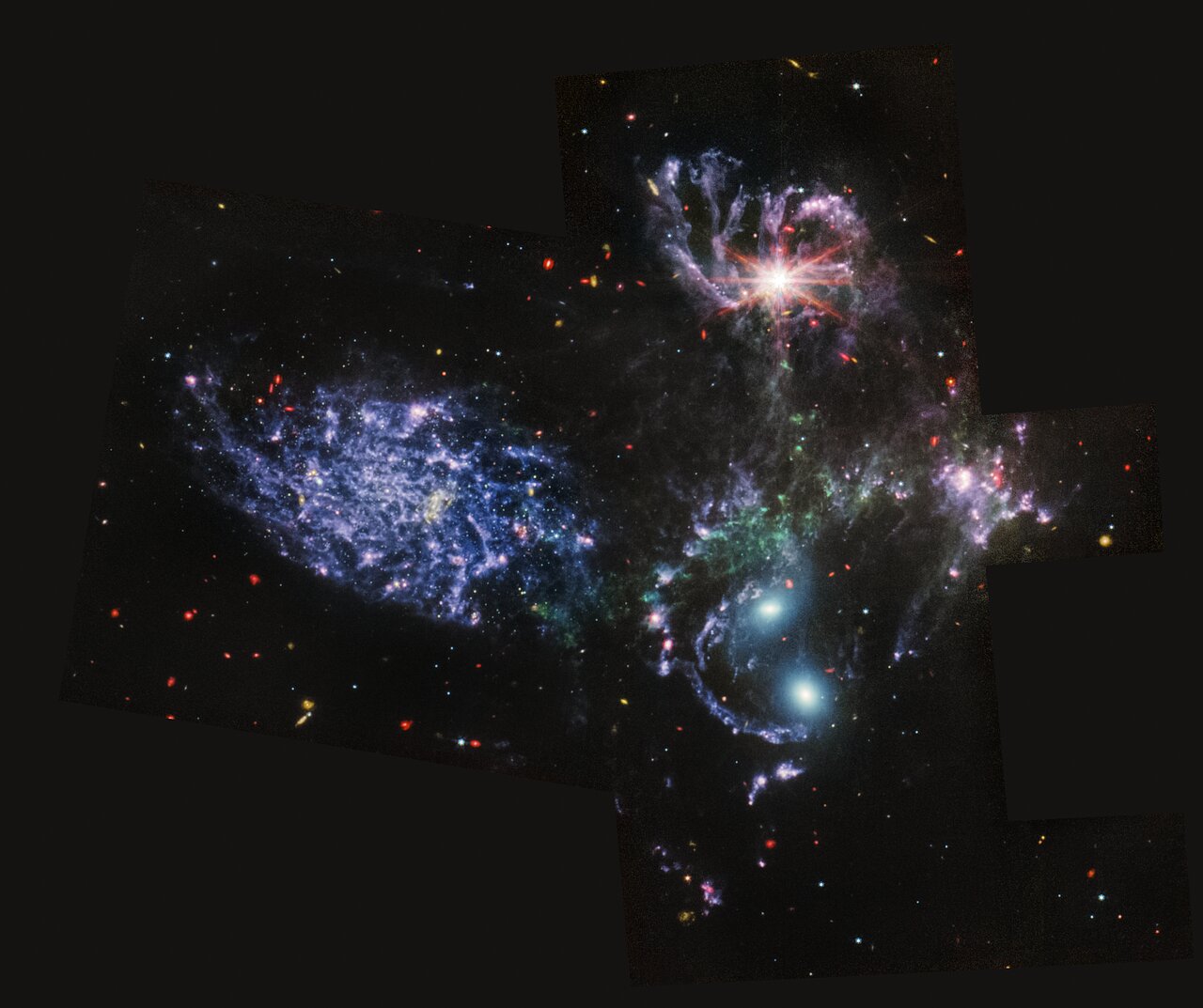 Webb's Mid-InfraRed Instrument (MIRI) shows never-before-seen details of Stephan’s Quintet, a visual grouping of five galaxies, in this image. MIRI pierced through dust-enshrouded regions to reveal huge shock waves and tidal tails, gas and stars stripped from the outer regions of the galaxies by interactions. It also unveiled hidden areas of star formation. The new information from MIRI provides invaluable insights into how galactic interactions may have driven galaxy evolution in the early universe. This image was released as part of the first set of images from the NASA/ESA/CSA James Webb Space Telescope on 12 July 2022 (for a full array of Webb’s first images and spectra, including downloadable files, please visit this page).

This image contains one more MIRI filter than was used in the NIRCam-MIRI composite picture. The image processing specialists at the Space Telescope Science Institute in Baltimore opted to use all three MIRI filters and the colours red, green and blue to most clearly differentiate the galaxy features from each other and the shock waves between the galaxies.

In this image, red denotes dusty, star-forming regions, as well as extremely distant, early galaxies and galaxies enshrouded in thick dust. Blue point sources show stars or star clusters without dust. Diffuse areas of blue indicate dust that has a significant amount of large hydrocarbon molecules. For small background galaxies scattered throughout the image, the green and yellow colours represent more distant, earlier galaxies that are rich in these hydrocarbons as well.

As a bonus, the deep mid-infrared sensitivity of MIRI revealed a sea of previously unresolved background galaxies reminiscent of Hubble’s Deep Fields.

Tight groups like this may have been more common in the early universe when their superheated, infalling material may have fueled very energetic black holes called quasars. Even today, the topmost galaxy in the group – NGC 7319 – harbours an active galactic nucleus, a supermassive black hole that is actively pulling in material.