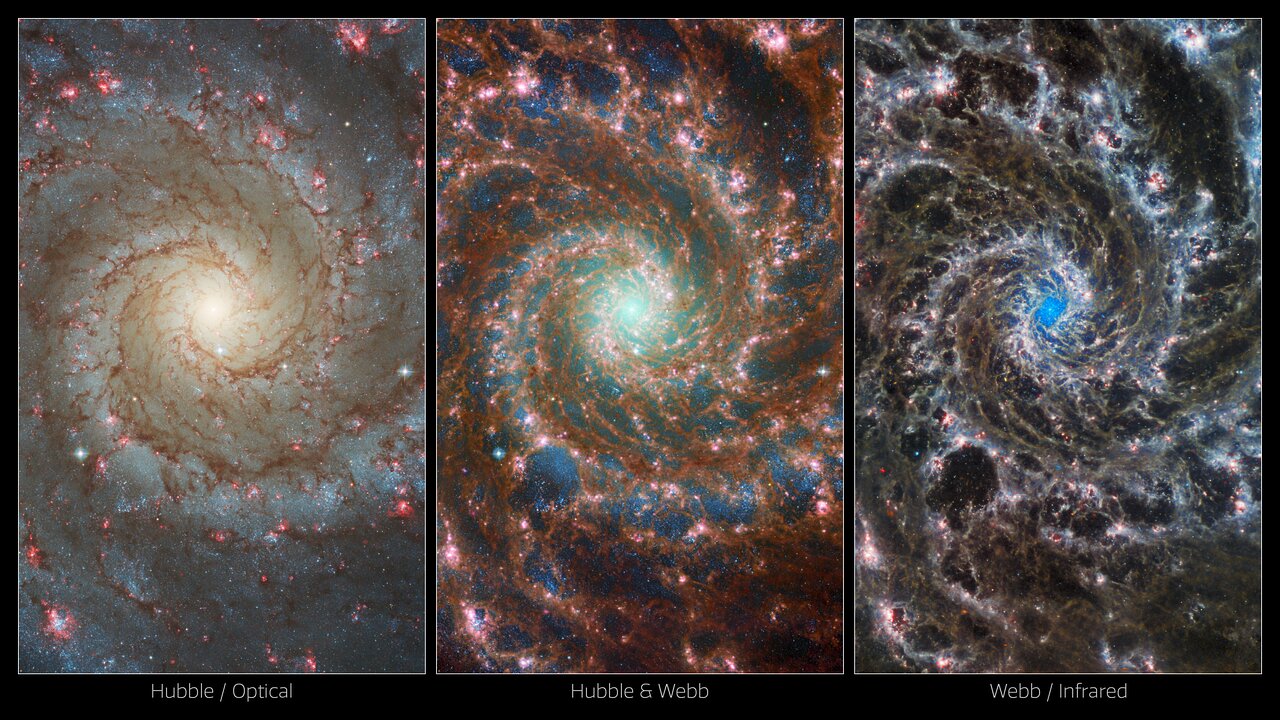 New images of the Phantom Galaxy, M74, showcase the power of space observatories working together in multiple wavelengths. On the left, the NASA/ESA Hubble Space Telescope’s view of the galaxy ranges from the older, redder stars towards the centre, to younger and bluer stars in its spiral arms, to the most active stellar formation in the red bubbles of H II regions. On the right, the NASA/ESA/CSA James Webb Space Telescope’s image is strikingly different, instead highlighting the masses of gas and dust within the galaxy’s arms, and the dense cluster of stars at its core. The combined image in the centre merges these two for a truly unique look at this “grand design” spiral galaxy.

Scientists combine data from telescopes operating across the electromagnetic spectrum to truly understand astronomical objects. In this way, data from Hubble and Webb compliment each other to provide a comprehensive view of the spectacular M74 galaxy.