Hubble Sees the Big Picture of a Complex Galaxy 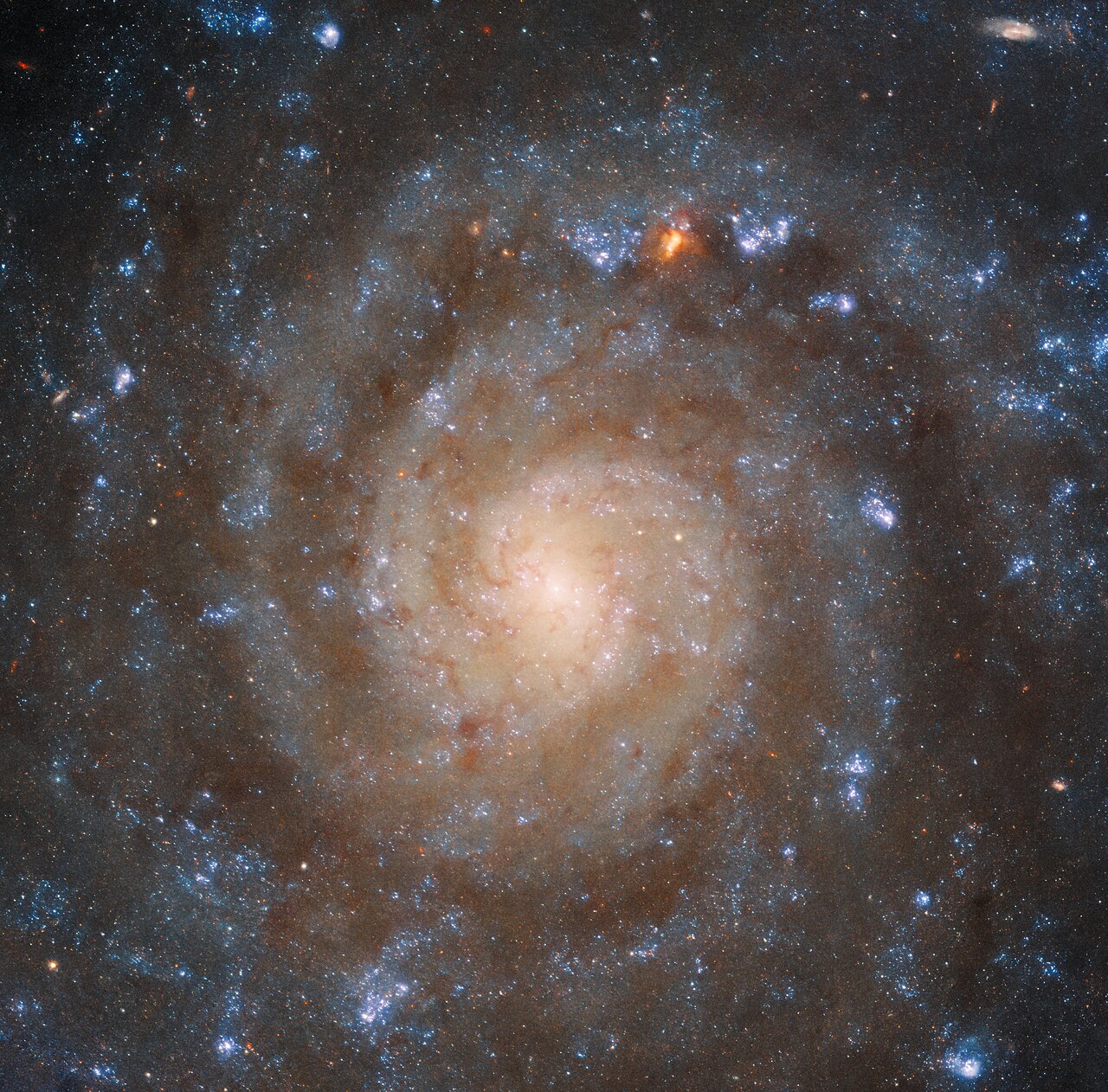 The winding spiral structure of the galaxy IC 5332 is portrayed in amazing detail by this image from the NASA/ESA Hubble Space Telescope. The clarity of Hubble’s Wide Field Camera 3 (WFC3) separates the arms of the galaxy from dark patches of dust in between, which block out the ultraviolet and visible light Hubble is sensitive to. Younger and older stars can be differentiated by their colours, showing how they are distributed throughout the galaxy. Meanwhile, Webb’s MIRI image provides a very different view, instead highlighting the patterns of gas spread throughout the galaxy.