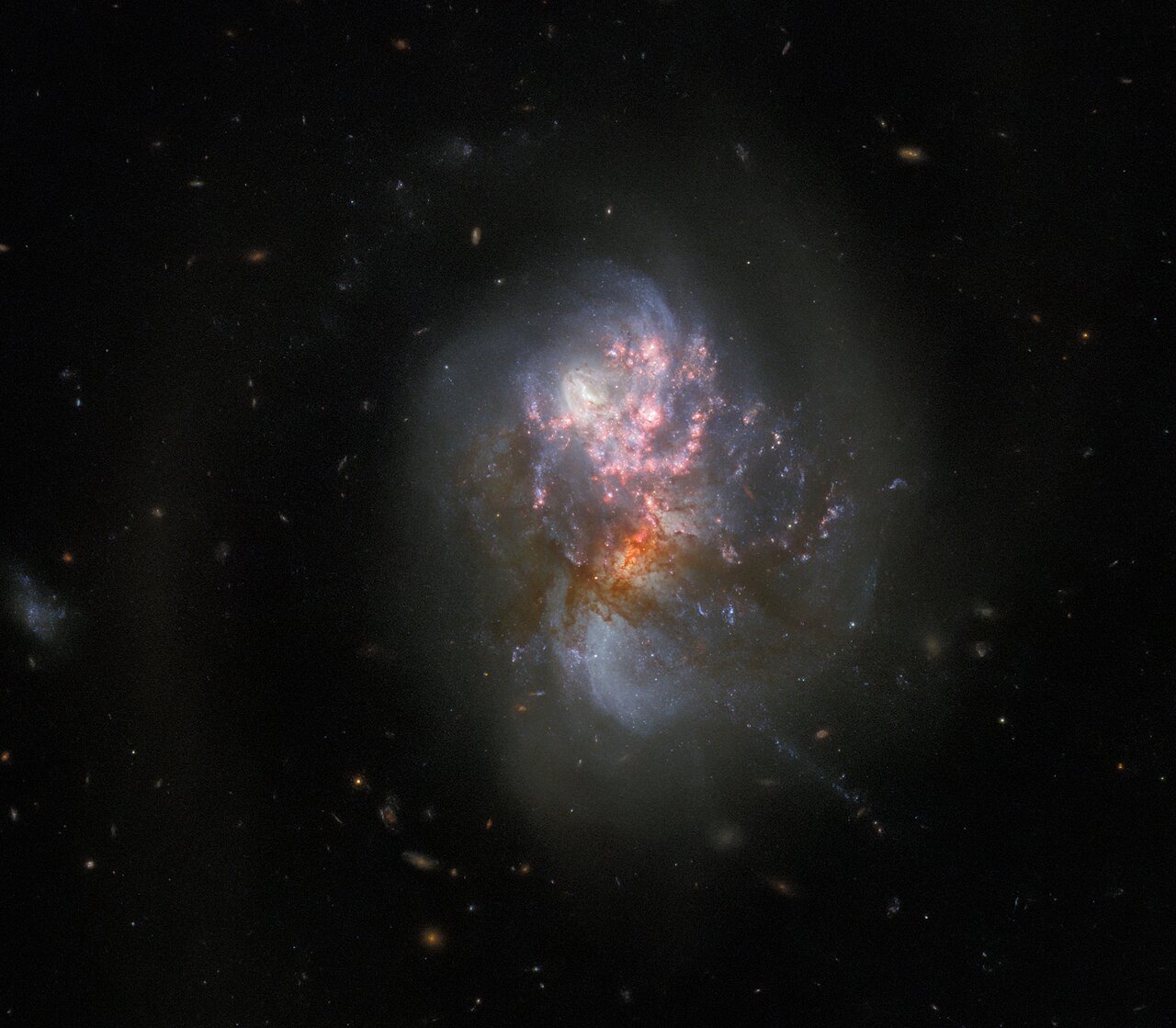 This image from the NASA/ESA Hubble Space Telescope depicts IC 1623, an entwined pair of interacting galaxies which lies around 270 million light-years from Earth in the constellation Cetus. The two galaxies in IC 1623 are plunging headlong into one another in a process known as a galaxy merger. Their collision has ignited a frenzied spate of star formation known as a starburst, creating new stars at a rate more than twenty times that of the Milky Way galaxy.

This image, combines data from Hubble’s ACS and WFC3 instruments, gives a familiar visible-light view of these colliding galaxies, where the centres of the individual galaxies are more obscured by dark dust.

[Image description: The two galaxies are close in the centre, the core of one above and slightly to the left of the other. Their cores are pale blue and their spiral arms, which merge together between and around the cores, are nebulous. On top of the centre of the merger, there are many small star-forming regions that glow pink, and dust that is very dark. The background is black with many faint galaxies.]