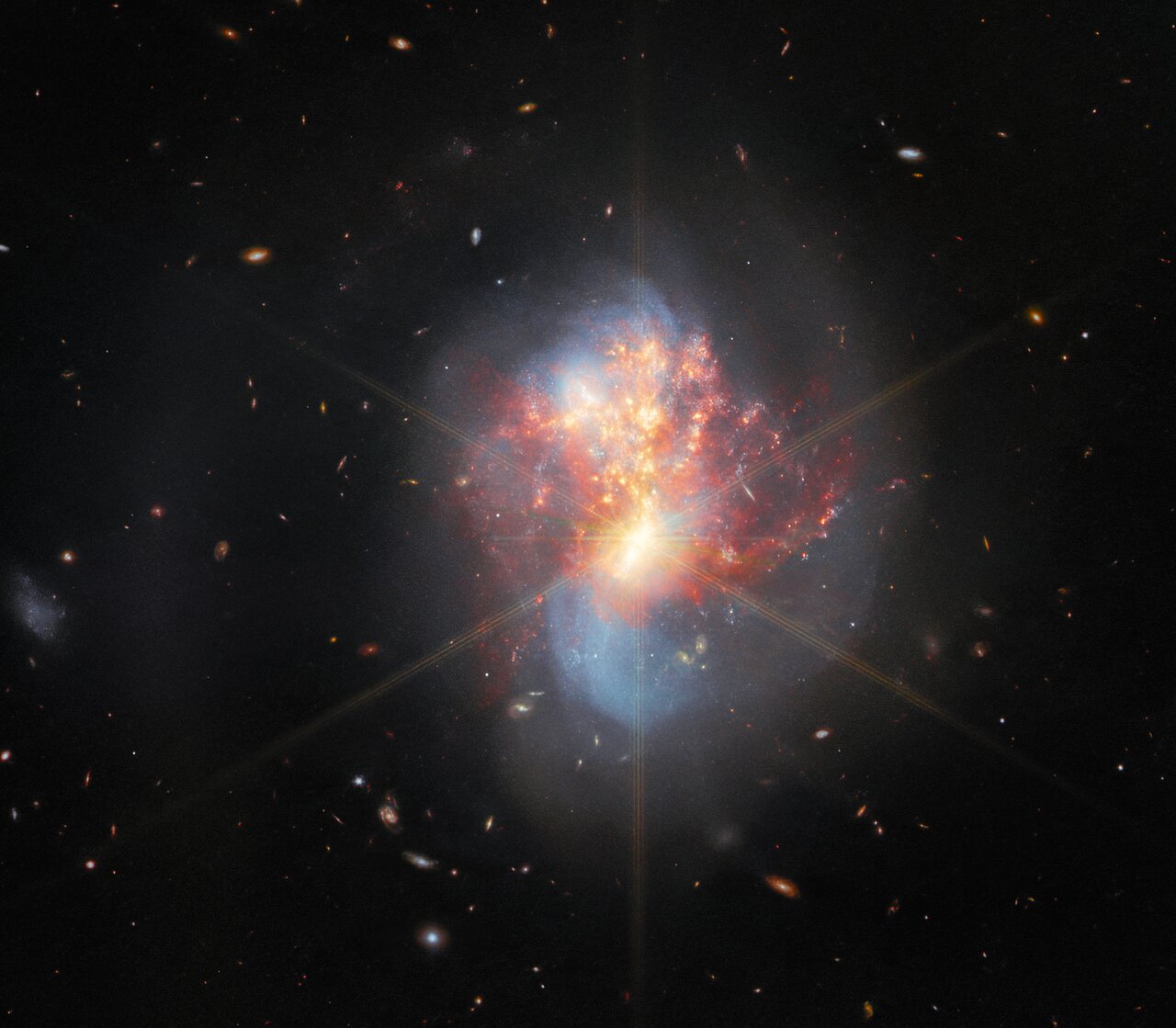 This image from the NASA/ESA/CSA James Webb Space Telescope depicts IC 1623, an entwined pair of interacting galaxies which lies around 270 million light-years from Earth in the constellation Cetus. The two galaxies in IC 1623 are plunging headlong into one another in a process known as a galaxy merger. Their collision has ignited a frenzied spate of star formation known as a starburst, creating new stars at a rate more than twenty times that of the Milky Way galaxy.

In Webb’s combined MIRI and NIRCam view of the galaxies, the gas being used as fuel by the stellar nurseries is especially apparent. Webb’s ability to pierce the gaseous veil obscuring the bright galactic cores also causes prominent diffraction spikes to appear.

[Image description: The two galaxies swirl into a single chaotic object in the centre. Long, blue spiral arms stretch vertically, faint at the edges. Hot gas spreads horizontally over that, mainly bright red with many small gold spots of star formation. The core of the merging galaxies is very bright and radiates eight large, golden diffraction spikes. The background is black, with many tiny galaxies in orange and blue.]