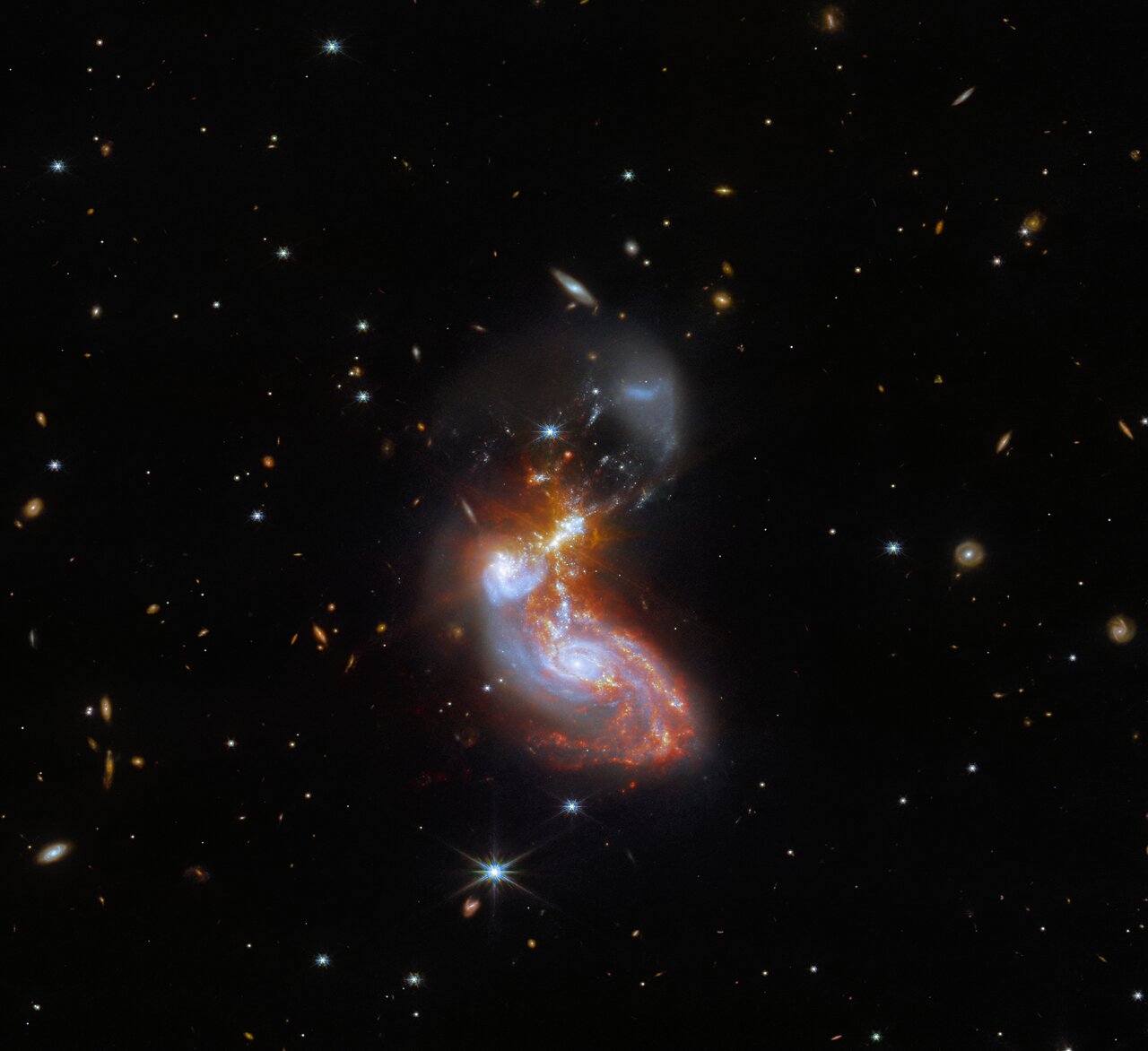 A merging galaxy pair cavort in this image captured by the NASA/ESA/CSA James Webb Space Telescope. This pair of galaxies, known to astronomers as II ZW 96, is roughly 500 million light-years from Earth and lies in the constellation Delphinus, close to the celestial equator. As well as the wild swirl of the merging galaxies, a menagerie of background galaxies are dotted throughout the image.

[Image description: The galaxy merger lies in the centre. The cores of the galaxies, coloured blue, are below-centre. They are surrounded by red star-forming regions which stretch up through and above the centre. Faint yellow diffraction spikes appear in the middle. The lower galaxy is a mostly regular spiral shape, while the upper galaxy has been distorted heavily. The background is black, and covered with many tiny galaxies.]