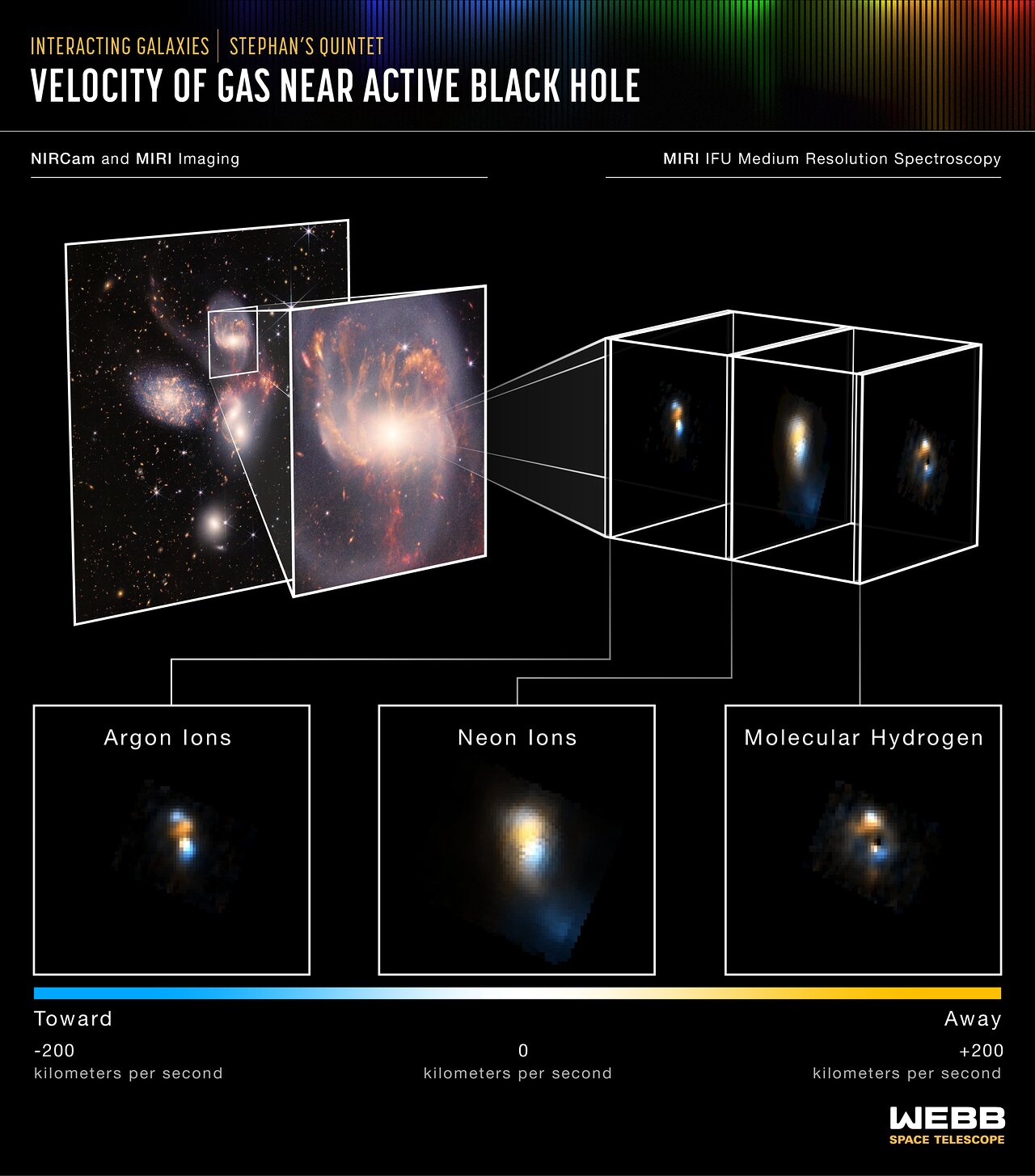 Tight groups like this may have been more common in the early universe when their superheated, infalling material may have fueled very energetic black holes called quasars. Even today, the topmost galaxy in the group – NGC 7319 – harbours an active galactic nucleus, a supermassive black hole 24 million times the mass of the Sun. It is actively accreting material and puts out light energy equivalent to 40 billion Suns.

Scientists using the NASA/ESA/CSA James Webb Space Telescope studied the active galactic nucleus in great detail with the Medium-Resolution Spectrometer (MRS), which is part of the Mid-Infrared Instrument (MIRI). The spectrometer features integral field units (IFUs) – a combination of a camera and spectrograph. These IFUs provided the Webb team with a “data cube,” or collection of images of the galactic core’s spectral features.

Using IFUs, scientists can measure spatial structures, determine the velocity of those structures, and get a full range of spectral data. Much like medical magnetic resonance imaging (MRI), the IFUs allow scientists to “slice and dice” the information into many images for detailed study.

MIRI’s MRS pierced through the shroud of dust near the active galactic nucleus to measure the bright emission from hot gas being ionised by powerful winds and radiation from the black hole. The instrument saw the gas near the supermassive black hole in wavelengths never studied before in so much detail, and it was able to determine its velocity.

Some of these key emission features are shown in this image. In each case, the blue-colored regions indicate movement toward the viewer and orange-colored regions represent movement away from the viewer. The argon and neon lines are from hot spots of superheated gas that is highly ionised by the powerful radiation and winds from the supermassive black hole. The molecular hydrogen line is from colder dense gas in the central regions of the galaxy and entrained in the outflowing wind. The velocities are measured by shifts in the wavelengths of a given emission line feature.