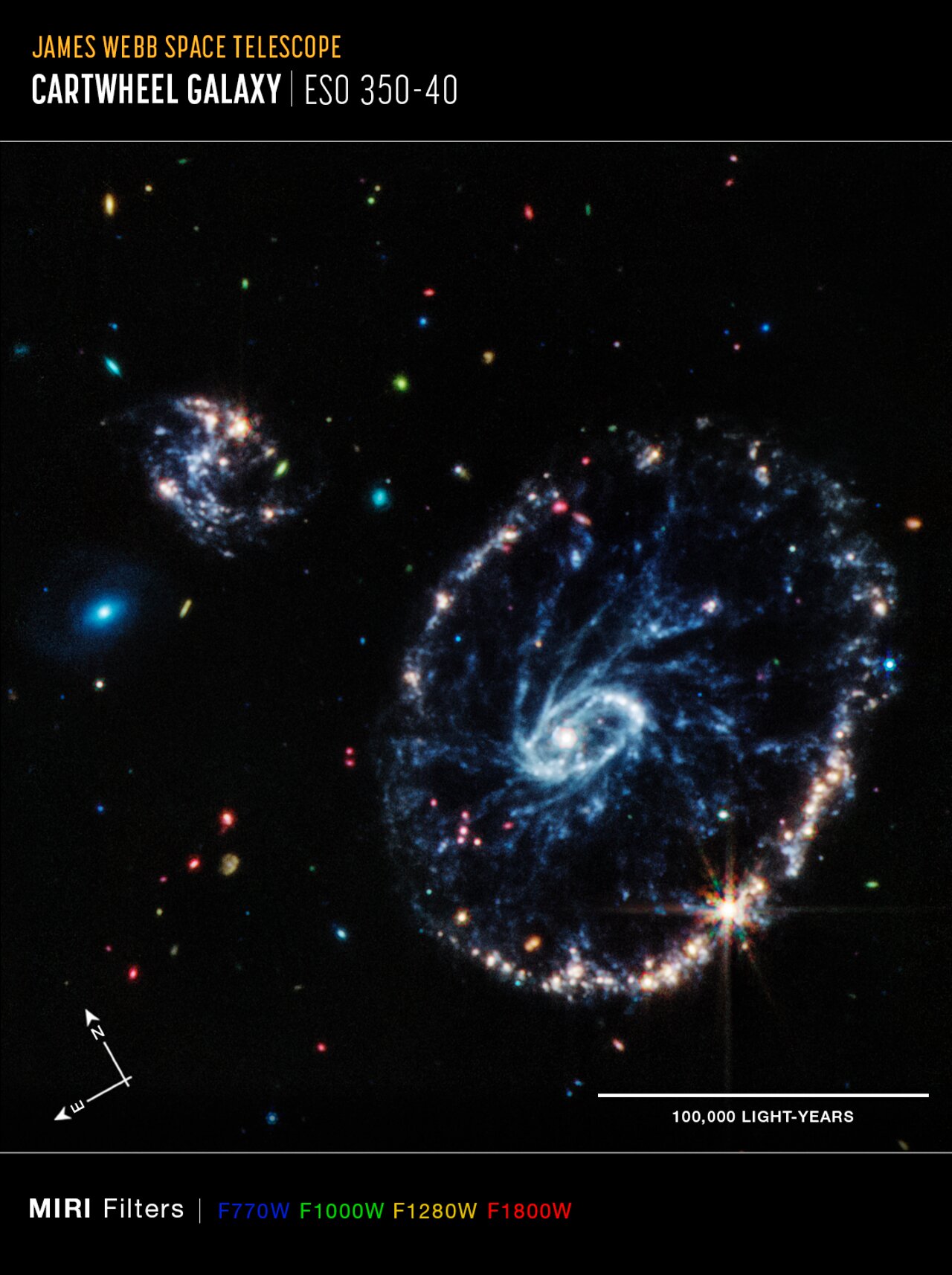 This image from Webb’s Mid-Infrared Instrument (MIRI) shows a group of galaxies, including a large distorted ring-shaped galaxy known as the Cartwheel. The Cartwheel Galaxy, located 500 million light-years away in the Sculptor constellation, is composed of a bright inner ring and an active outer ring. While this outer ring has a lot of star formation, the dusty area in between reveals many stars and star clusters.

The mid-infrared light captured by MIRI reveals fine details about these dusty regions and young stars within the Cartwheel Galaxy, which are rich in hydrocarbons and other chemical compounds, as well as silicate dust, like much of the dust on Earth.

Young stars, many of which are present in the bottom right of the outer ring, energise surrounding hydrocarbon dust, causing it to glow orange. On the other hand, the clearly defined dust between the core and the outer ring, which forms the “spokes” that inspire the galaxy’s name, is mostly silicate dust.

The smaller spiral galaxy to the upper left of Cartwheel displays much of the same behaviour, showing a large amount of star formation.