Illustration (Artist’s Impression) of WASP-39 b and Its Star 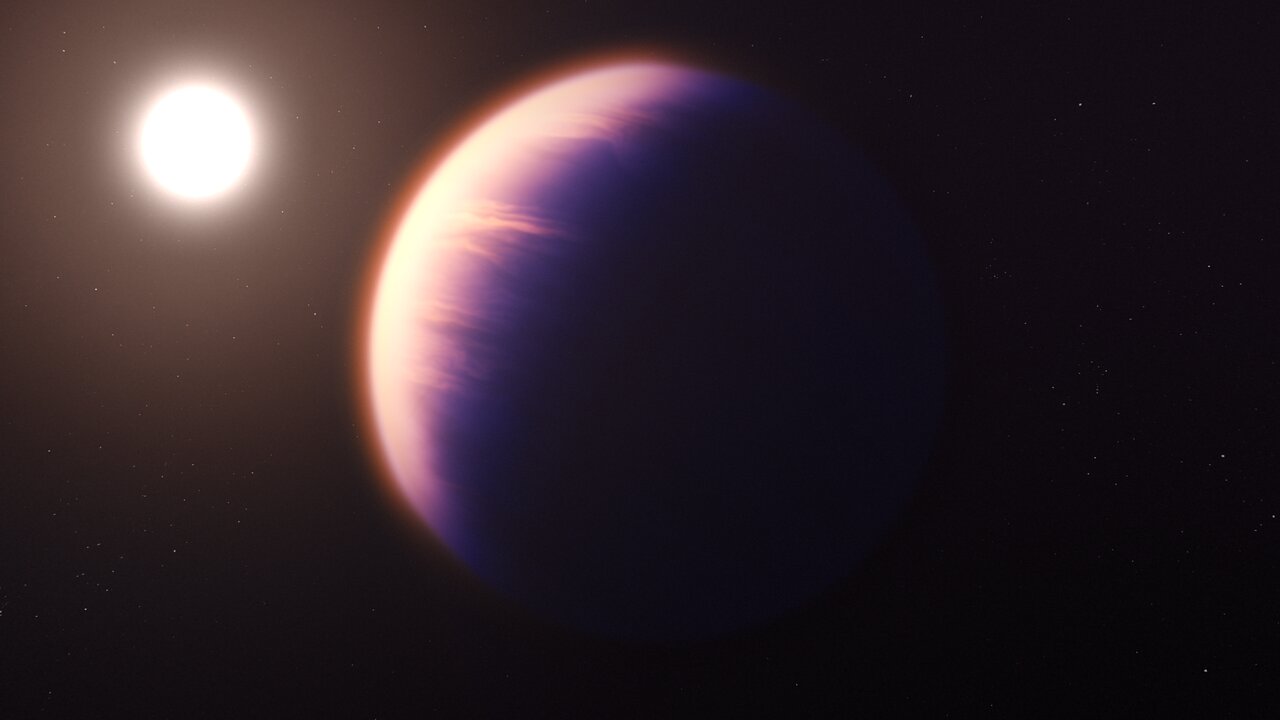 This is an illustration (artist’s impression) showing what the exoplanet WASP-39 b could look like, based on current understanding of the planet.

Data collected by Webb’s Near-Infrared Spectrograph (NIRSpec) show unambiguous evidence for carbon dioxide in the atmosphere, while previous observations from Hubble, Spitzer, and other telescopes indicate the presence of water vapour, sodium, and potassium, as well. The planet probably has clouds and some form of weather, but may not have atmospheric bands like those of Jupiter and Saturn.

This illustration is based on indirect transit observations from Webb as well as other space and ground-based telescopes. Webb has not captured a direct image of this planet.