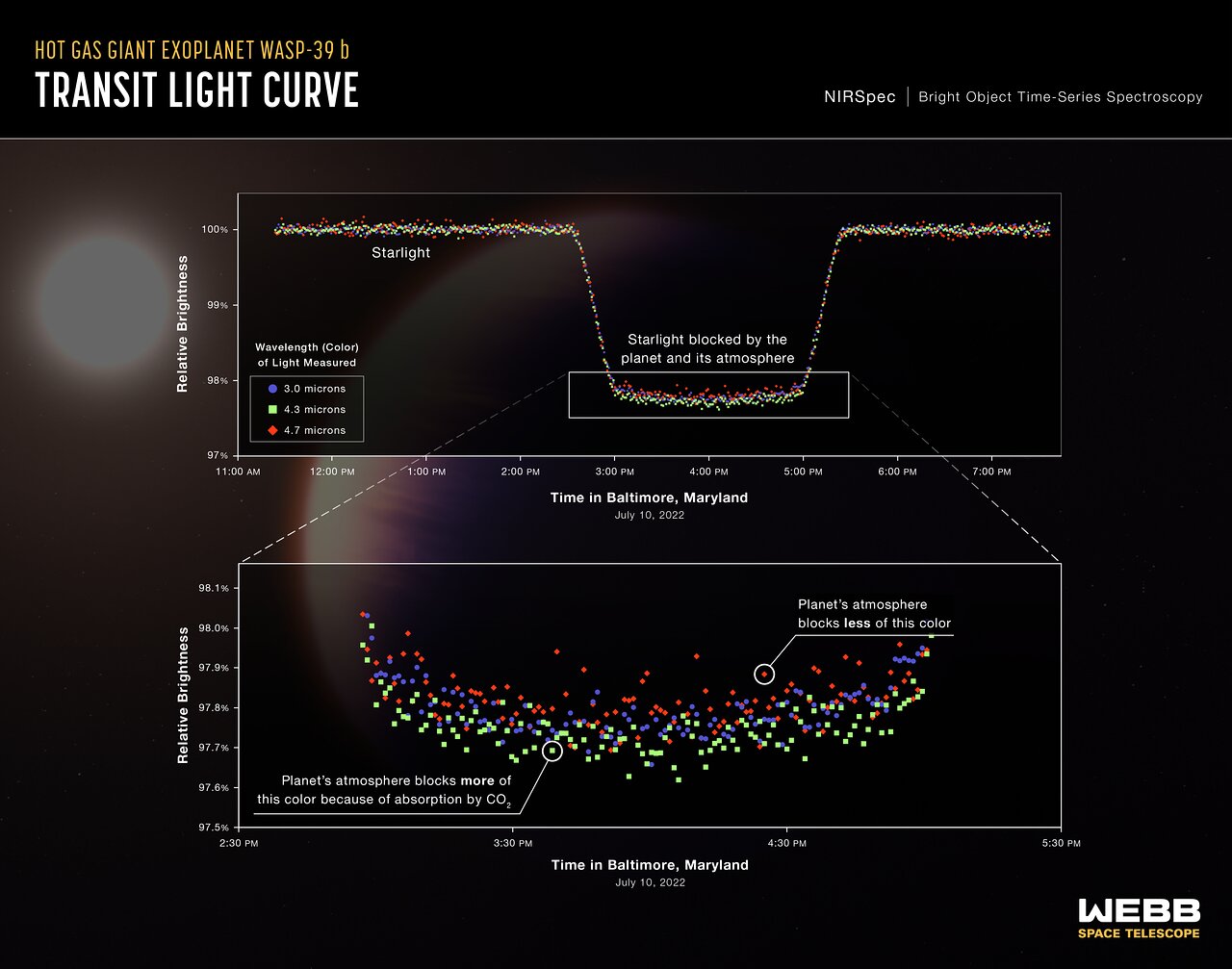 A series of light curves from Webb’s Near-Infrared Spectrograph (NIRSpec) shows the change in brightness of three different wavelengths (colours) of light from the WASP-39 star system over time as the planet transited the star on 10 July 2022. A transit occurs when an orbiting planet moves between the star and the telescope, blocking some of the light from the star.

This observation was made using the NIRSpec PRISM bright object time-series mode, which involves using a prism to spread out light from a single bright object (like the star WASP-39) and measure the brightness of each wavelength at set intervals of time.

To capture this data, Webb stared at the WASP-39 star system for more than eight hours, beginning about three hours before the transit and ending about two hours after the transit was complete. The transit itself lasted about three hours. Each curve shown here includes a total of 500 individual brightness measurements — about one per minute.

Although all colours are blocked to some extent by the planet, some are blocked more than others. This occurs because different gases in the atmosphere absorb different amounts at different wavelengths. As a result, each colour has a slightly different light curve. During the transit of WASP-39 b, light with a wavelength of 4.3 microns is not as bright as 3.0-micron or 4.7-micron light because it is absorbed by carbon dioxide.

WASP-39 b is a hot gas giant exoplanet that orbits a Sun-like star roughly 700 light-years away, in the constellation Virgo. The planet orbits extremely close to its star (less than 1/20 of the distance between Earth and the Sun) and completes one orbit in just over four Earth-days. The planet’s discovery, from ground-based observations, was announced in 2011.

The background illustration of WASP-39 b and its star is based on current understanding of the planet from Webb spectroscopy and previous ground- and space-based observations. Webb has not captured a direct image of the planet or its atmosphere.